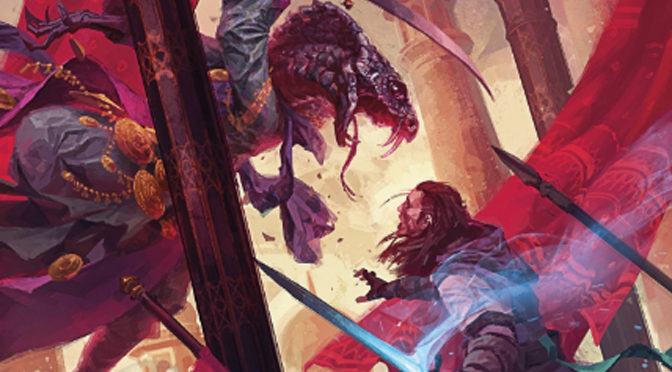 Plot Synopsis: Rodrick is a con man as charming as he is cunning. Hrym is a talking sword of magical ice, with the soul and spells of an ancient dragon. Together, the two travel the world, parting the gullible from their gold and freezing their enemies in their tracks. But when the two get summoned to the mysterious island of Jalmeray by a king with genies and elementals at his command, they’ll need all their wits and charm if they’re going to escape with the greatest prize of all: their lives. 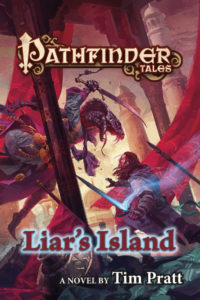 Plot: The plot in this entry is as gripping and thrilling as it’s prequel Liar’s Blade. It picks up a while after the conclusion of that book, and as always Rodrick and Hrym are trying to con their way towards more money with less effort. I’ve mentioned that it felt like reading a buddy-cop movie turned into a novel with the prequel, and that feeling hasn’t changed at all. As for the new location, Jalmeray, it’s a mixture of Middle Eastern and Chinese cultures, which was a pretty refreshing mixture for me.

While the majority of the characters and architecture are based off Arabian mythology or actual history, the political and military aspects of Jalmeray are completely Chinese. It was quite a fun read, and I read the entire book in one sitting.

Characters: It looks like Rodrick and Hrym are our two mainstay characters, and while we get mentions of characters from the last book, they don’t actually appear. The newcomers were really well done, though I have to say I enjoyed Lais the most. Dhyana was also a pleasant surprise as I wasn’t expecting the Pathfinder Tale universe to allow for that particular mythological creature to be a humanoid.

Overall: This was an excellent sequel to Liar’s Blade, and an amazing read. Definitely a must read for any Fantasy fans.