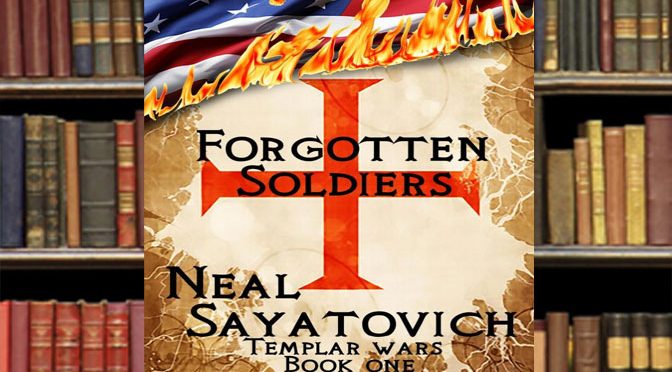 Forgotten Soldiers is set in a broken America run by a religious cult. Imagine if the Far Cry 5 game took place across the entire country instead of just one county in Montana. The religious cult calls themselves the Templars and they’ve managed to wreck the economy and destroy personal freedoms. The book opens in Ohio, but ranges to the east coast and into Canada since the primary resistance is based in Maine. The book is action-packed and darkly funny at moments and often reads like a run-and-gun video game plays.

The main character is Mag, a tough as nails thinking man, frustrated by the politics and inaction of the resistance leaders. Mag tries to follow orders but is inclined to stray from the party line when the moment seems to warrant it. He has fellow travelers and friends and allies in the resistance that see things his way and help smooth his path when he butts heads with the resistance administration. 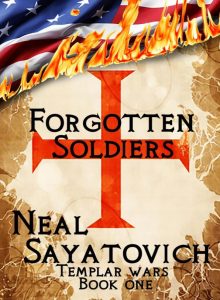 The story is one of guerrilla tactics, supply raids, and desperation, but all tempered with a sense of humor. Mag has a pair of matching revolvers that he loves a little unnaturally and refers to as “the twins.” The twins play a big part in the humor of the book given that no one in their right mind in guerrilla warfare would seriously reach for a pair of revolvers. Mag, however, is not in his right mind.

[amazon text=Help Mag liberate the country from crazy cultists with a copy of Forgotten Solders from Amazon!&asin=1984925075]

Clearly no one in this book is of sound mind given the nightmare post religious war situation. There is a certain resonance to real life in that the resistance wants to talk about reason and sanity while the Templars are all emotion and manipulation. Mag’s frustration with resistance leadership is often due to their inability to recognize that the time for a reasoned argument has passed. Action is the only recourse now and Mag is a man of action. He’s not a lone wolf though, which is refreshing in this kind of novel. He’s a man with friends, and in many ways friendship is an underlying theme of this book.

This is actually a revamp of Love, Fear & Holy War which was originally released in 2013, so if you read that version, this will seem familiar, although this is an amped up version of that book. If you enjoy post-apocalyptic action, then this might just be the book for you.