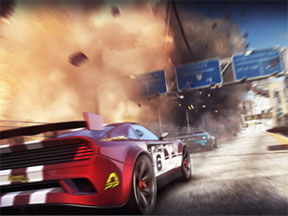 We kick off Racing Week here at GiN with Split/Second, a title that brings insane combat racing to the next level. See how it compares with Blur (reviewed Wednesday), and classic titles like Burnout 3. 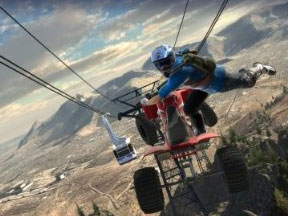 Coming out of nowhere, Pure is an off-road arcade racer that gets just about everything right. And if you’ve played the classic SSX Tricky, you’ll be trained to compete here.

Disney makes movies children love, but unfortunately they don’t seem to spend the same kind of time and attention in their game division, which results in uneven game packages based on movies. Most children will want the games because of whatever movie characters are displayed on the box, but often the game is discarded shortly thereafter because it just isn’t good enough to hold their attention. The Emperor’s New Groove: Groove Center is just such a game. It has one good game, one really weak game, one mediocre game, and a ridiculous so-called creativity center. The game opens with Evil … END_OF_DOCUMENT_TOKEN_TO_BE_REPLACED

Beauty and the Beast Magical Ballroom is part of the Disney Princesses series of games geared toward girls 5 and up. Disney is trying to fill the huge gap that exists in the games-for-girls market. The Magical Ballroom is a decent offering, but I doubt seriously that a girl over 9 will enjoy it. The game opens with a movie sequence telling of all the changes in the castle since the movie. The child signs in by typing her name on a scroll, which is saved for return visits. Then Belle greets the child and explains the four rooms for … END_OF_DOCUMENT_TOKEN_TO_BE_REPLACED

Return to the Sea is part of the Disney Princess series of games aimed at girls ages 5 and up. And this is a good game. It isn’t as sexist or simple as some of Disney’s other titles aimed at girls. There is a choice of five games or activities to play in Return to the Sea. Melody, the daughter of the ever-popular Ariel from The Little Mermaid, is the central figure in all the games. Melody’s Daring Dive has Melody diving for gems in the ocean. Girls have a choice of three different ocean scenes and game play has … END_OF_DOCUMENT_TOKEN_TO_BE_REPLACED