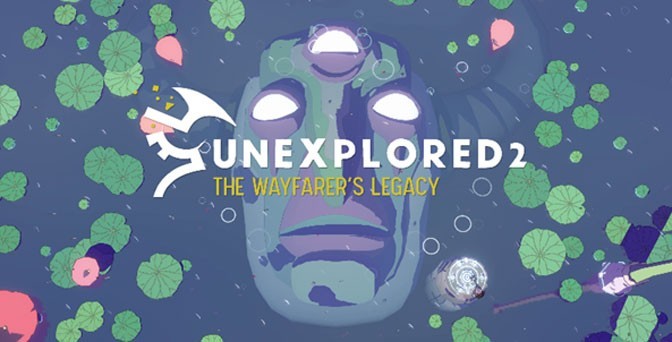 Developer Ludomotion and publisher Big Sugar announce today that their highly anticipated and ambitious procedural open-world RPG launches May 27th. Unexplored 2: The Wayfarer’s Legacy is an extremely ambitious indie game, a new blend of genres, culminating in what has already been called “the most innovative adventure game in years”. Adventurers can start exploring their own procedurally generated worlds on PC (Steam, GOG, Epic etc.), priced $24.99, with a 10% discount for a limited time. A Digital Deluxe Edition, which bundles the game, artbook and official soundtrack, will be available on Steam.

Unexplored 2, developed by a small team, spent a year in Early Access and is now ready to fully launch on multiple storefronts. However, its development doesn’t stop here. The studio and publisher will continue to support the game with patches and content updates. Furthermore, Xbox One and Xbox Series X|S versions are in the works as well and a release date for those platforms will be announced soon.

The game offers players a beautiful but challenging, procedurally generated open-world which they can explore and adventure in. Each time they die, their world remains, but time will pass and events will change the lay of the land. At the end of their quest, during the final stretch of their journey, players will go in all the way: they either succeed and save their world, or fail and see it destroyed, forever. Even their save game will be deleted. However, after each run, failed or successful, Unexplored 2 generates an entire new world for the player to discover. A new world that may offer new biomes and different clans, puzzles, and enemies.