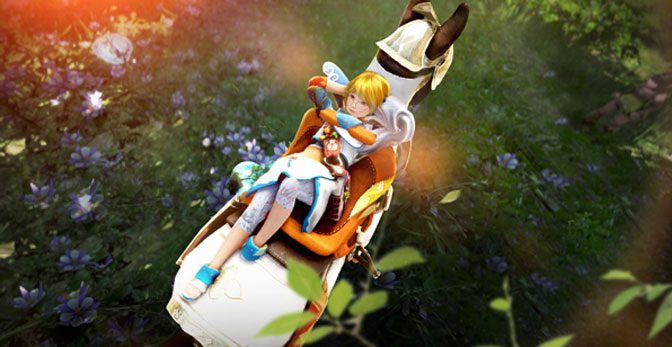 Pearl Abyss and Kakao Games have announced that Shai, the 18th playable class is now available. Shai is the first class that is focussed on life skilling and support, which brings a whole new gameplay style to the popular MMORPG.

Alongside Shai, a trio of special new donkeys (Derome, Cherose, and Vallet) has ridden out of the stables. These new donkeys are Shai’s special interest because they offer her special benefits. She will be able to sit reversed in the saddle, a quirk that reflects her whimsical nature. Celebrating the release of Shai and her best friend Donkey, Mount EXP +50% boost event will begin after 26th maintenance.

The release of Shai also sees a special event where players can decide how to play Shai by choosing one of ‘three given paths’. These paths correspond to the archetypal playstyles that are unique to Black Desert Online and offer players a more thematic approach to begin a new adventure. The player’s chosen path starts off by visiting one of three NPCs in the expansive world of Black Desert Online.

The Shai excels at supporting her allies on the battlefield. While she fights enemies using her Florang, a giant boomerang, she supports her allies using a magical ‘Vitclari’. With this magical light, she can provide healing and other beneficial effects in a very versatile way, making her a unique addition that is surely gonna bring a shift in the currently popular PvP and PvE strategies of Black Desert Online.