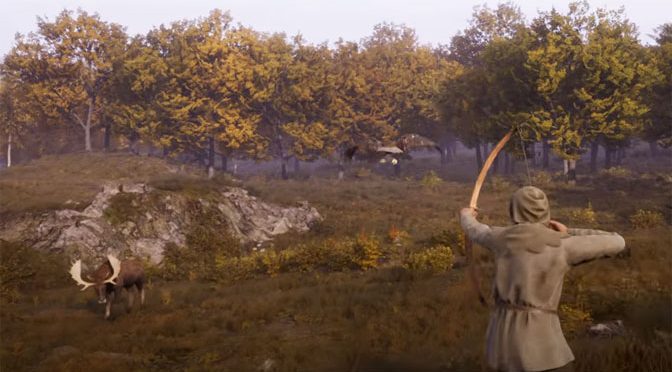 Render Cube and Toplitz Productions are excited to release the latest update to their open-world survival game Medieval Dynasty. Announced as part of the roadmap, this aviary addition introduces five new birds to discover and the ability to craft trophies.

Animals of all shapes and sizes inhabit the Middle Ages. Medieval Dynasty invites players to dust off their hunting skills and seek out the five new bird species now roaming the world. Ducks, white-tailed eagles, hawks, pigeons and crows have now taken flight all over the map. Seasoned hunters will be able to loot these feathered foes for valuable materials and items.

Players looking to embrace their interior designer can now display more items in their houses. Animals such as deer, wisents, and moose will leave skulls behind that can be turned into trophies and put on the wall for everybody to see.

Medieval Dynasty is out now on Steam, Epic, GOG.com and the Microsoft Store (also on the Xbox Game Pass for PC) for and is available in 17 languages, including Portuguese, Russian, Simplified Chinese, Japanese and more. The Steam version will be on sale starting today with a discount of 25%. A deluxe Digital Supporter Edition is also available, featuring the game’s original soundtrack, a digital world map, a digital artbook, a Medieval Dynasty History Video, a set of 4k wallpapers and more.