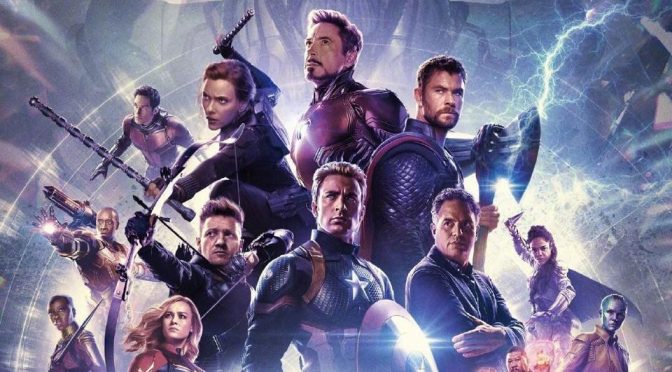 Following the resounding success of Avengers: Endgame, the talented and talented actor Robert Downey Jr., who became popular worldwide for playing Iron Man in the Marvel Cinematic Universe, has renewed his commitment to save the environment. The actor has announced the launch of a new foundation that, through the use of robotics and nanotechnology, aims to clean up the planet. To save the planet from the environmental disaster all the efforts are needed and we hope that this piece of news can become a sort of online lottery for the fate of all living things.

The foundation is called the Footprint Coalition and will start operating in April 2020, with the stated goal of tidying up our home in the next decade. The actor attended the MARS conference (MARS stands for Machine learning, Automation, Robotics and Space) organized in Las Vegas by Amazon, but he did not explain how the Footprint Coalition intends to achieve its goals, or who are the people he is going to collaborate with. Tony Stark’s face was present at the event especially to talk about the benefits of artificial intelligence, a topic on which he often expressed his opinions in the past.

“Between robotics and nanotechnology, we could clean up the planet significantly, if not totally, in 10 years”, Downey Jr. said, admitting that the data were provided to him a few weeks ago by a roundtable of experts. “God, I love experts. They are like Wikipedia with character defects”, he joked in his speech. “I’m going to spend the next months putting this together correctly and getting actual smart people around me”, the actor continued. His assets are estimated by Forbes – among the American media that have immediately reported the news – in 81 million dollars.

During his speech, Downey Jr. described artificial intelligence as a significant technological advance that gave him hope, admitting, however, that he was alarmed by the state of the environment. “I have this quiet sense of crisis,” he said, making amends and stating that he had contributed more than others to the climate crisis. Finally, he added, “In 11 years, when I’m 65, if we make a noble dent in what I consider is a massive threat to our future, the mess we leave behind… I’m going to come back, and I’m going to throw the nuttiest retirement party you’ve ever seen,” the actor added.

This is not the first time that the actor has mobilized to help our planet: together with his wife Susan, he has already made a series of documentaries in the past focused on this delicate subject. And Robert Downey Jr is certainly not the only actor to have been sensitive to these issues as well as willing to make a financial commitment in person. Among Hollywood’s notable faces, Leonardo Di Caprio is currently the most focused on the environment: he created a foundation with his name and joined the board of directors of several environmental organizations, including the World Wildlife Fund.