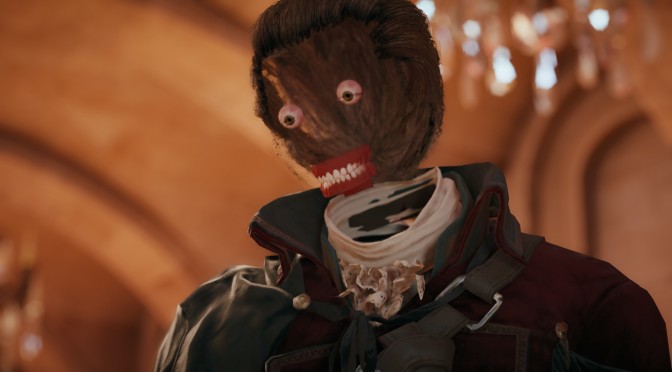 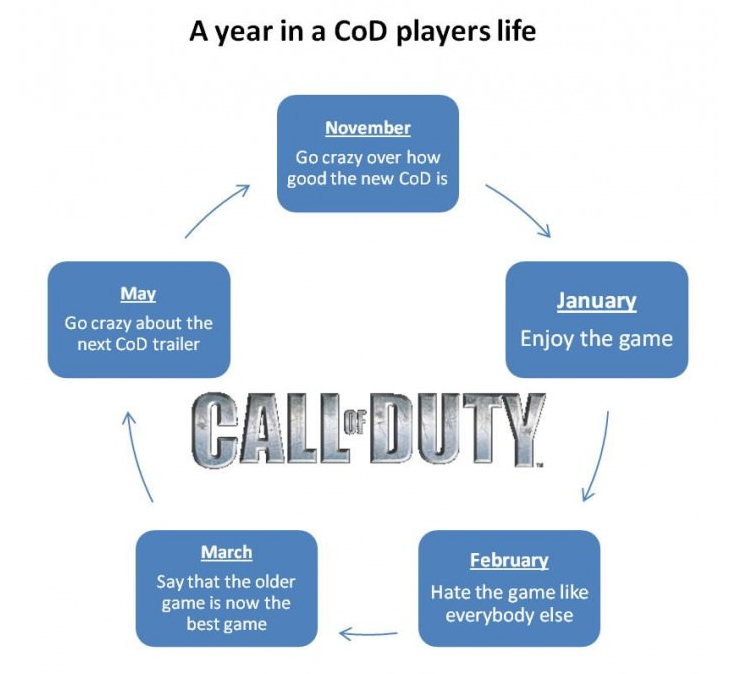 This week for Video Game Tuesday I’m talking about a thing that bugs the hell out of me. It’s Yearly Releases!

What do I mean yearly releases?: I mean game series that have a new entry every freaking year. Call of Duty is the worst offender, but Assassin’s Creed is quickly becoming another bad offender of this.

Why is it bad?: Well because people need variety in all things to keep things interesting. I’m sorry, but Call of Duty: Modern Warfare 2 for me was the first and last CoD game I bothered playing multiplayer with. After about 2 months I was sick of the stupid game, not least of all because of those 12 year old idiots who somehow convinced their even stupider parents into buying them the game. Not only that but having yearly releases causes stagnation in the developers as well as they know people will inevitably end buying their yearly barf we call a game. Activision is hated for a reason and Call of Duty is a huge part of it.

But X numbered entry in Popular Game Series is freaking amazing how dare you bad mouth it!: I’m not content for settling for mediocrity in anything, let alone game series that make millions of dollars every year. I don’t mind if a developer releases a game every year, go for it, but do something other than the same crap every freaking year. There is a reason I’ve been able to keep writing and having an article every day since 2/17/2014, and that’s because I do a different medium of story for each day of the week. I learned that trick from Brandon Sanderson and it works for just about anything you can do.

That’s it for this week’s Video Game Tuesday, and please for your and my sanity stop buying those yearly regurgitations people call games.