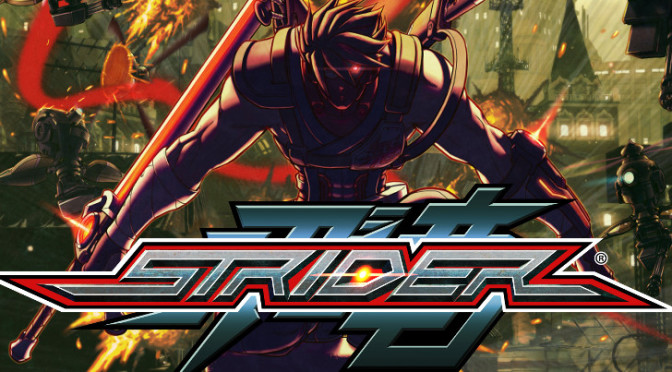 This week on Video Game Tuesday I’m covering Strider a game that plays like a Metroidvania game and was recently released for the Playstation 4 and other consoles.

Plot Synopsis: The Strider organization sends their best assassin, Strider Hiryu, to kill the villain, Grandmaster Meio, in the metropolis of Kazakh City.

Plot: I’ll admit I haven’t gotten very far into the game, but from what I can see the plot is revelead as you play, and it’s not that serious a plot. Decent, but nothing spectacular like a Mass Effect game or even as good as Halo’s plot. Maybe if the plot was a bit more interesting I’d be playing it more often.

Gameplay: The gameplay is quite good, and it fills that need that’s been left since no really good Metroidvania games have come along that I’ve gotten, read paid my limited supply of money for, since Castlevania: Order of Ecclasia years ago. I just wish the plot were as good as the gameplay. That being said, this is definitely a very punishing game, and there are sequences where I’ve been frustrated at the lack of a more modern save system. I feel its a bit outdated to have to find a save station somewhere in the map.

Art: The artwork is beautiful, but nothing spectacular, granted this isn’t a Triple A game.

Music: The music is okay, but doesn’t add anything spectacular to the game.

Overall: If you were lucky enough to get this for free with Playstation Plus in July and haven’t played it yet, try it out.

For those who like: Metroidvania-style games, Action, Brutal difficulty.

Not for those who don’t like: Any of the above, or an outdated saves system.