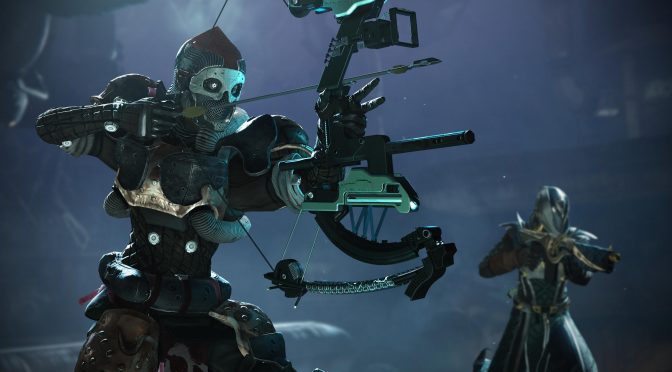 This week for Video Game Tuesday I’m back with my answer to a question I’ve been asked by a few friends. It’s all about Is Cayde-6 Really Dead for Good?

Huh?: So in the upcoming Forsaken “Expansion” for Destiny 2 beloved character Cayde-6 is going to be killed, supposedly permanently. Many people, including his own voice actor Nathan Fillion, don’t buy that.

So what about you?: I don’t buy it for a second. There are multiple reasons, from gameplay to lore.

Gameplay: If they really kill Cayde for good, that will cause problems with people playing in the Tower. For those who haven’t done the expansion, Cayde will be showing up to do his usual giving out of activities and the like. But what happens when you have people who have done the expansion and haven’t done it in the same fireteam load into the Tower? If they really mean to kill him off they’ll remove him from the tower, which would require a completely separate instance of the Tower which would cause issues with players in fireteams. Otherwise the impact of Cayde’s loss will be meaningless if we can just waltz up to him and grab a treasure map from him like usual every week after he supposedly dies.

Storytelling: Cayde is a wiseass, and that’s a good thing because honestly Destiny needs someone to lighten stuff up. Cayde has always been the one to do that, and if you kill off that character you lose a huge part to the story. Things will get incredibly dark, and even some darker series like Game of Thrones need some lighter moments and characters interspersed to balance the story out.

Lore: First off, it’s supposed to be really freaking hard to kill a Guardian, which Cayde is. Even more is the fact that he’s an Exo, which means every time he dies he loses a few memories and gains a new number. Cayde’s died 5 times before, but Banshee the gunsmith has died 43 times. Finally, Time Travel has always been a thing in Destiny lore. It’s central to the plot, as both the Exo Stranger AND the Vex travel through time. We even get Cayde out of Vex time warp shenanigans in Destiny 2, and that isn’t even touching upon the whole Osiris expansion, which heavily touches upon the time travel aspect of the Vex in great detail. If Cayde were to die for good, we could just hijack a vex machine to prevent it. Boom done deal, Cayde doesn’t die. It wouldn’t be the first time we messed with the timeline in Destiny to our advantage, that’s the whole point of us going into the Vault of Glass back in Vanilla Destiny in the first place. So I’m not buying into the whole Cayde is really dead for good thing Bungie is spouting. Because from gameplay, storytelling, and lore standpoints, it’s total bullshit. Now Bungie could really kill off Cayde, but it’d be a huge mistake on their part. We’ll see how they decide to play their cards, but I would expect Cayde to be sticking around.

One thought on “Video Game Tuesday: Is Cayde-6 Really Dead for Good?”