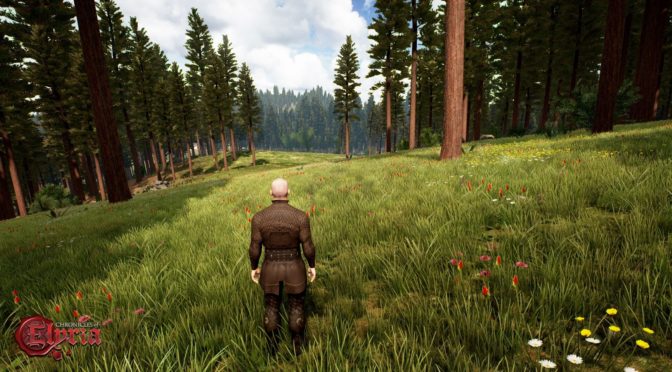 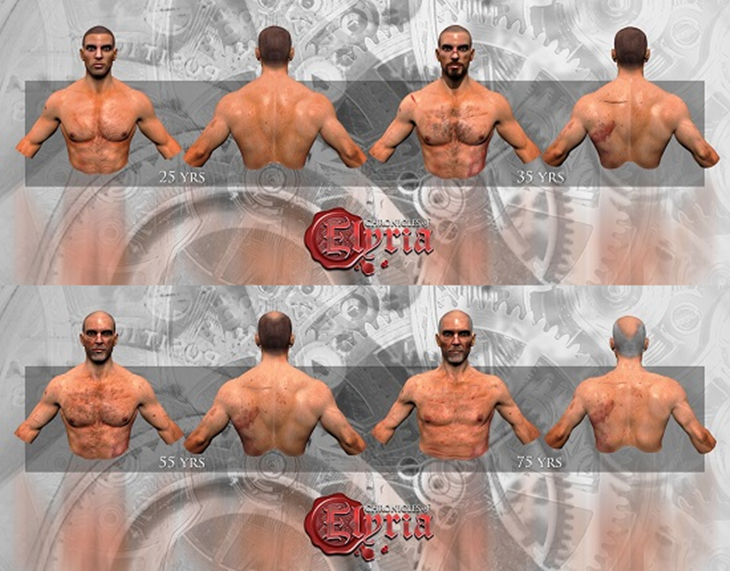 This week for Video Game Tuesday I’m covering a topic I read a few weeks back. It’s all about Character Aging in MMOs!

What do you mean by “Aging”?: I mean that the character actually grows older as real-time goes on, eventually ending in permanent death.

Really? That sounds pretty cool!: Yea it is, and that’s the concept of the upcoming game Chronicles of Elyria, where you pay per character life instead of a monthly subscription. Your character has a randomly determined life span and over the course of 10-14 months real time your character ages until it dies permanently. This being an MMO however death is expected, and therefore every death reduces your remaining time by around 2 days. However if you are an especially prominent character such as a king you’d reach permadeath by the 4th or 5th death. So even the most careful of players would eventually lose their character, no matter what.

Honestly I’d not mind this way of paying, if I could inherit things from previous characters of mine. I’d hate to earn a stupidly rare item only to lose it permanently after a few deaths, and if I could avoid having to hunt boars over and over every time I started a new character. Repeat quests are no fun and after playing FFXIV I don’t think I could go back to playing an MMO like WoW where if I want to play a new class I’d have to make an entirely new character.

This all being said I’m actually really attached to my FFXIV character, and I’d hate to have to make a new character because my character died. So it’d have to be implemented really well for me to enjoy it.

That’s it for this week’s Video Game Tuesday! What are your thoughts on permadeath and aging in MMOs? Leave a comment below.