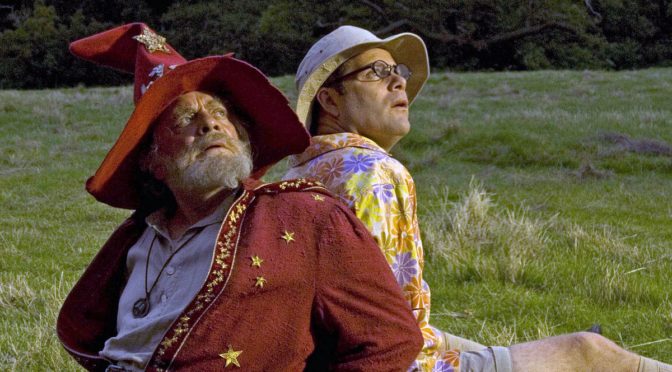 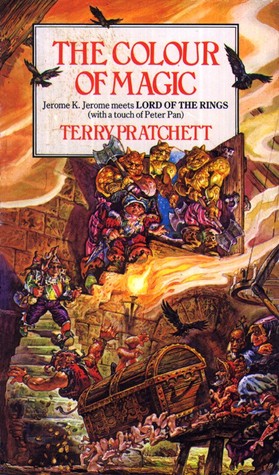 This week I’m covering a book I only recently listened to, and actually watched a movie adaptation of first, for this week’s Bookish Wednesday! It’s The Colour of Magic by Terry Pratchett!

Plot Synopsis: The main character is an incompetent and cynical wizard named Rincewind. He involuntarily becomes a guide to the rich but naive tourist from the Agatean Empire, Twoflower.

Plot: Yea it’s as ridiculous a plot hook as I’ve ever read, and it’s wonderful. I was constantly chuckling or smiling to myself while listening to the book and it was an absolute blast to listen to from beginning to end. I’ve rarely laughed so much from reading a Western literature book as I listening to the Colour of Magic.

Characters: Rincewind and Twoflower are wonderful, but The Luggage is probably my favorite main character in this book. I do however love Death as my favorite side character, as he’s an absolutely hilarious guy. That all being said the rest of the cast is hilarious too.

Overall: If you’ve never read this, you have to, this is a must read book for every single person, no one should not read this.

For those who like: Comedy, Action, Parodies, Fantasy, Magic, Excellent Plot, Fantastic Cast of Characters.

Not for those who don’t like: Laughing, honestly you need to read this.