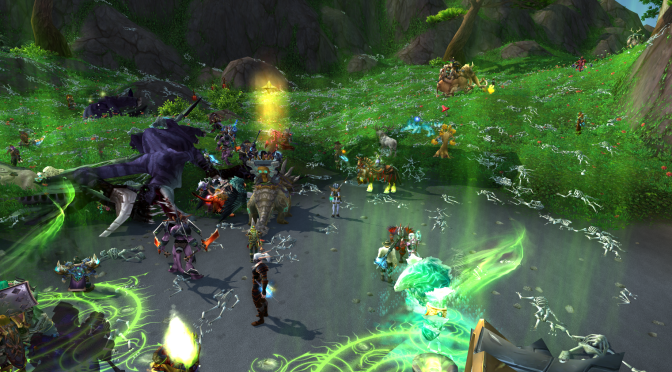 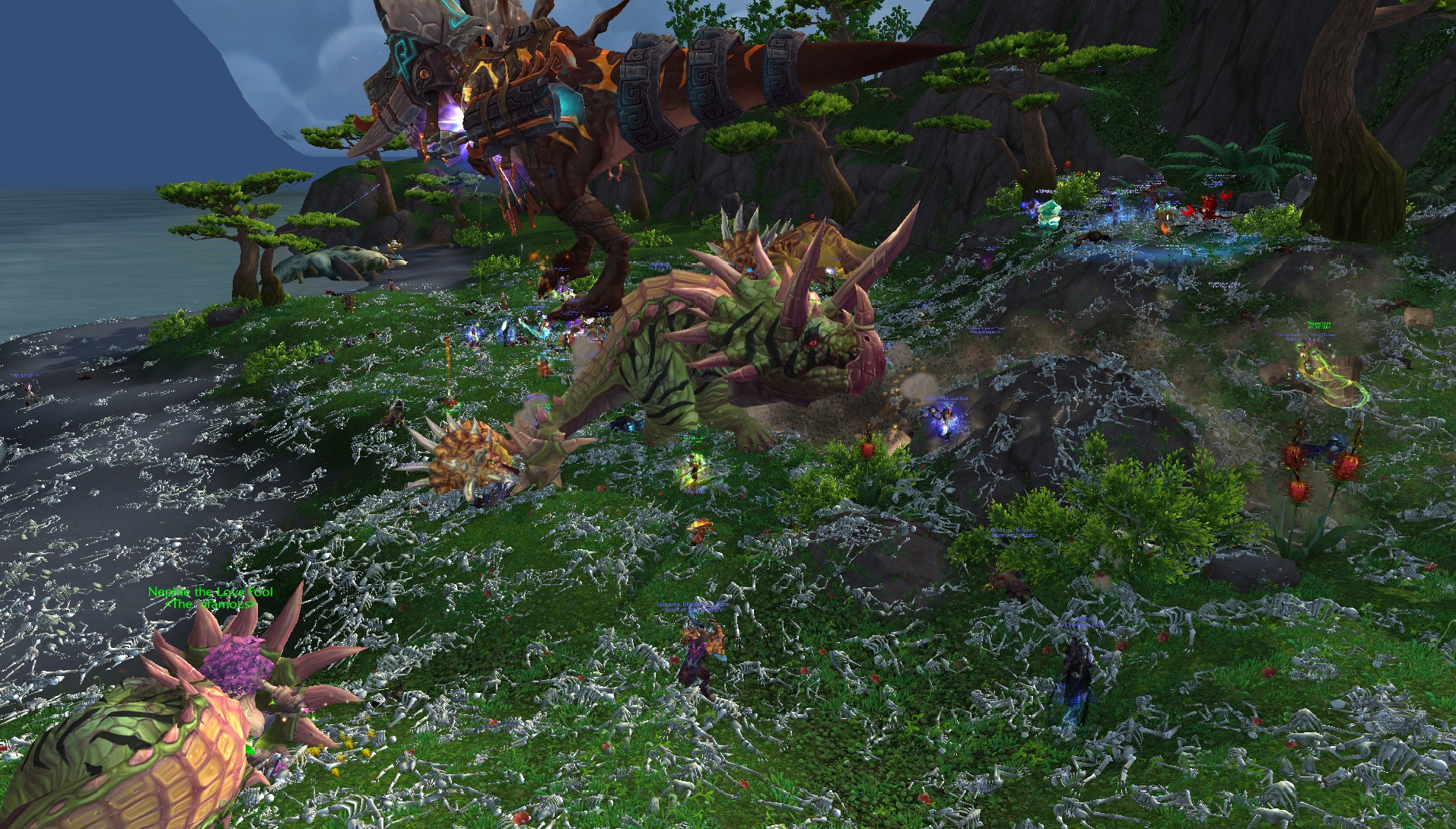 Artificial Difficulty: This is a kind of difficulty that developers implement when either they hate their players, which is incredibly rare nowadays, or when they overestimate the skill of their player base. A good example of this is the original C’Thun encounter that launched in World of Warcraft, or more recently Oondasta the World Boss that launched in the Mists of Pandaria expansion. The encounter mechanics are so unforgiving that players either can’t complete it at the intended level, or only the absolute best players can finish it if they are incredibly lucky. The latter happens in Destiny’s newest raid with the Crota encounter in Hard Mode. There is a difference between something being hard and something being stupidly difficult that requires perfect play by the players and no bugs occurring. My team and I have spent at least 24 hours attempting to kill Crota on Hard Mode and we still haven’t done it because of various bugs. These bugs range from perplexing to downright frustrating. One of the perplexing ones was when Crota started teleporting around the encounter area or knights walking through a force field and promptly murdering us. A frustrating one is one like the time kept standing up immediately after going down despite no person disconnecting (this is caused by the “fix” that Bungie implemented to prevent people from exploiting the encounter by disconnecting the host player to keep him kneeling down so you could hit him with the sword as many times as you want without him ever getting back up to attack the swordbearer.)  Another frustrating one was when rockets fired by one of my team didn’t register at all and would just fly through him, and the rest of the map. Players can’t control other players, and making one mistake shouldn’t make the encounter immediately fail. This isn’t even counting the bugs that the player can’t stop from occurring at all.

Real Difficulty: This is a properly tuned section of gameplay that is punishing, but not unforgiving to a single mistake and requires a player to coordinate properly and precisely without making a mistake 90% of the time. A good example of a properly tuned encounter that is difficult would be the Lich King raid encounter in World of Warcraft’s Wrath of the Lich King expansion. This was an incredibly difficult encounter because it required everyone to be on top of their game and make very very few mistakes. However it wasn’t impossible to beat, and once people got the mechanics of the fight down it was easily completable. Yes a single death during the encounter made it much harder for people to continue and if it happened to a key player like the tank it would spell disaster. However that is a rule of thumb in World of Warcraft, if a tank goes down it becomes 20 times harder for the fight to become completable. There are mechanics that allow for you to recover from that mistake, which in WoW’s case is the battle resurrection abilities of certain classes.

What is the Game Devs Duty?: If an encounter has too many bugs or isn’t tuned correctly and this prevents players from completing the encounter it is their duty to spend all their resources, meaning man hours, fixing the problems. They don’t get to ignore the fact that the thing is bugged horribly and just keep on developing new game content. They are expected to fix any problems with current game content first. Blizzard, despite what many say, is a company that has repeatedly done right by their fans and players by fixing their mistakes in a timely manner. They do not take more than half a year to fix a single bug, Heavy Ammo Bug I’m looking at you!

Overall: I guess what I’m saying in this article is that people need to take responsibility for their mistakes and fix them before moving onto something new. There is a reason QA plays a huge role in Blizzard’s development of World of Warcraft. Bungie and other companies like Ubisoft, cough Assassin’s Creed: Unity cough, haven’t done right by their consumers in this past year and need to step up their game. If that means future games will take longer to release, 80% of their fans and players would understand and prefer that to a buggy release of a game they want to love.