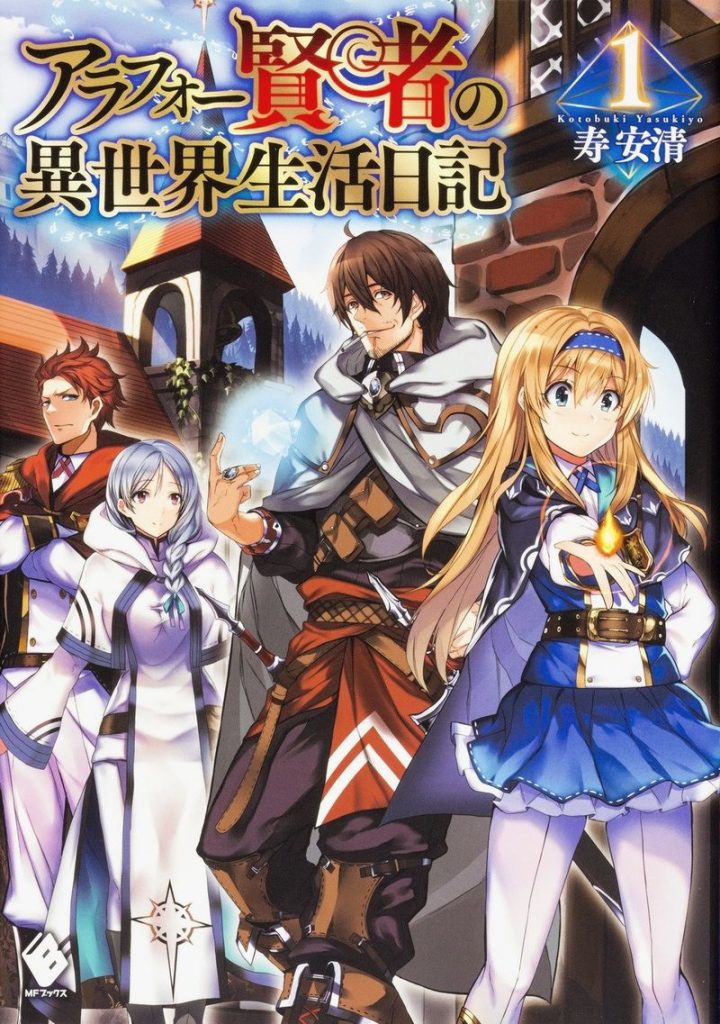 This week for Translation Necessary Thursday I’m back with an Isekai novel again. It’s Arafoo Kenja Volume 01 by Kotobuki Yasukiyo!

Plot: The plot is pretty standard for a bad Isekai, in that Y person gets put into another world by X force, and proceeds to do nothing interesting intentionally.  If you thought the lack of ambition to do anything interesting would be fun to read for me, well that’s not really the case.

Characters: Take Kuma Kuma Kuma Bear for example, Yuna has goals, they might be incredibly light hearted and as simple as “I want to go see what’s over that hill!” and proceeds to do it without regards to anyone else. Still it’s a fun, and interesting adventure, and Yuna does things. Zeros doesn’t do that, he only gets off his butt when he’s pushed to do so by circumstances. Otherwise he’s incredibly lazy and the rest of the cast is little better. I don’t want to just say that they are all two dimensional, but really that’s the best way to put it. There’s little depth to them.

For those who like: Mediocrity, Bad Cast of Characters.

Not for those who don’t like: Either of the above (It’s called having good taste).