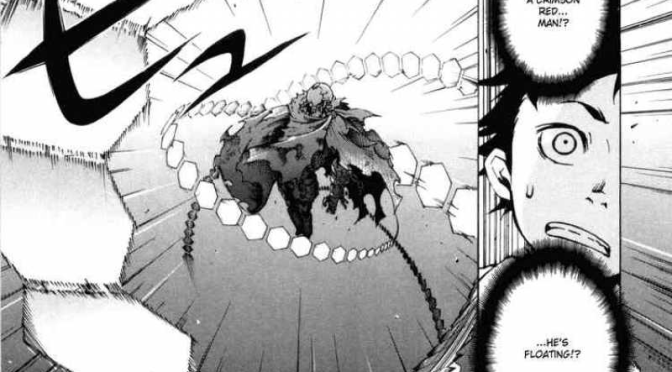 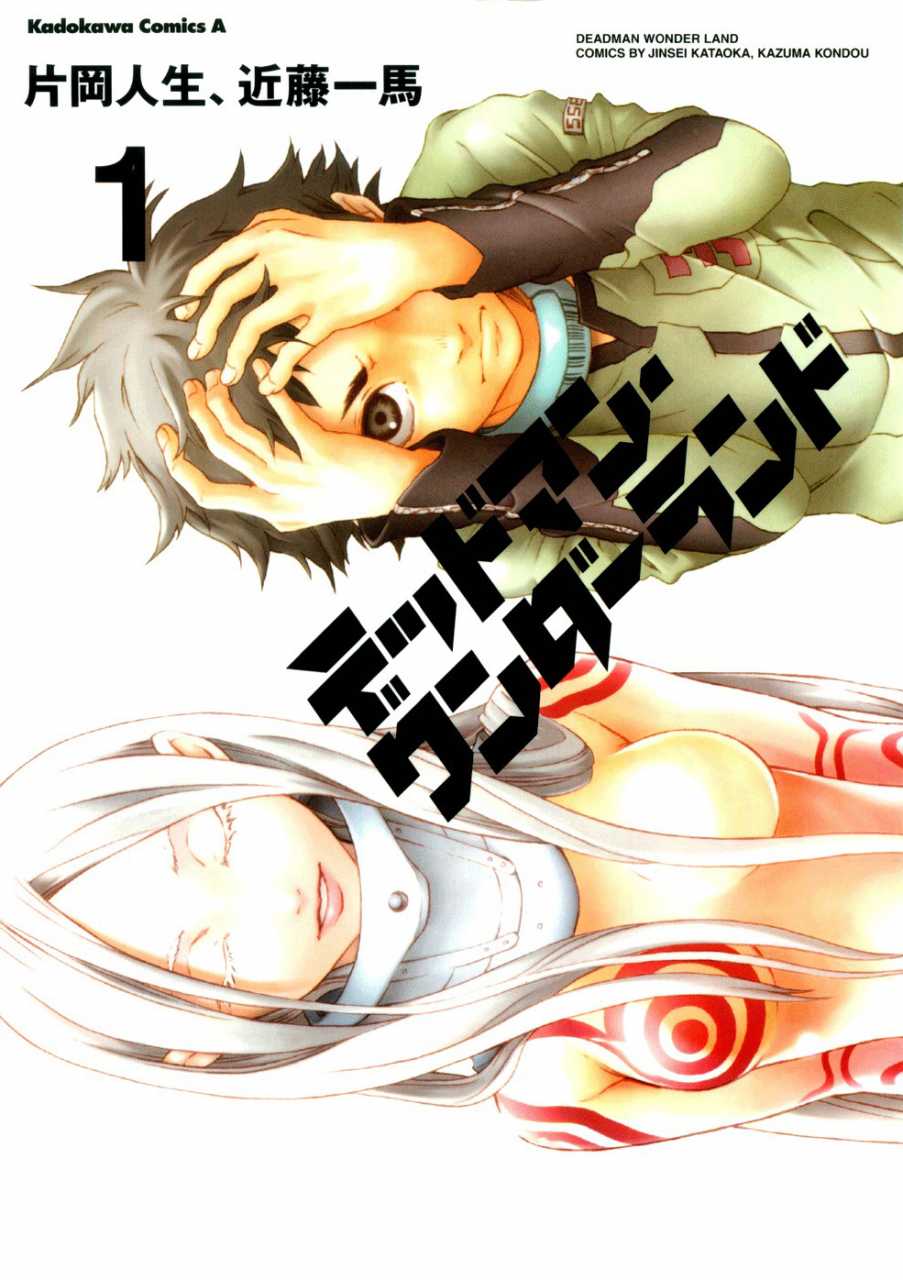 Plot Synopsis: A massive anomaly ravaged Japan’s mainland and destroyed most of Tokyo, sinking three-quarters of the city into the ocean. Ten years later, the story shifts to Ganta Igarashi, a seemingly ordinary student attending Nagano Prefecture’s middle school. As an escapee, a survivor of the great earthquake, Ganta has no memories of the tragedy and has lived a normal life. This all changes when a strange person covered in blood and crimson armor floats through his classroom windows. Grinning madly, the ‘Red Man’ massacres Ganta’s entire class but instead of killing him, embeds a red crystal shard in Ganta’s chest.

Plot: The plot is incredibly screwed up, and that fits this series to a T. Everything about it is so wrong that it’s a wonder it lasted as long as it did. The series came to a rather abrupt end, but I didn’t care at that point anymore. I don’t like violent and horrific series usually and this isn’t one of my exceptions.

Characters: Ganta is incredibly whiny, but I probably wouldn’t do any better in his situation. That being said I don’t like any of the characters all that much. Actually I hated the entire cast so much that I couldn’t stand reading the series after about 40 chapters.

Overall: If you like Gorn, or just like a lot of violence, this will probably be a great series for you.

For those who like: Violence, Shorter series, Great Artwork, Lots of Action.

Not for those who don’t like: Any of the above, or a terrible cast of characters.