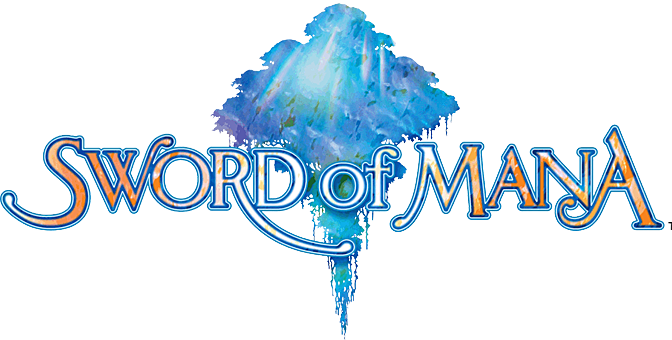 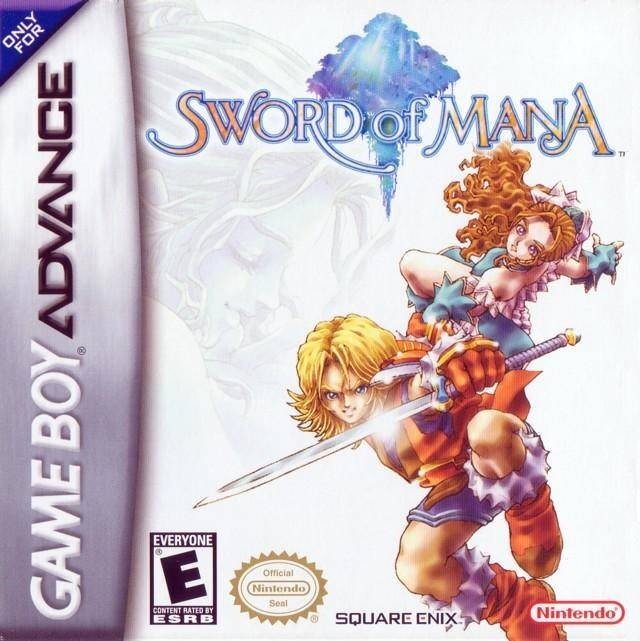 This week for Retro Game Friday I’m back with one of my favorite GBA games of all time! It’s Sword of Mana!

Plot Synopsis: The player has the choice to follow the story of either the hero or the heroine, who are named by the player. The two stories parallel each other, and the two protagonists are often together. The hero’s story begins with a flashback dream of the death of his parents at the hands of the Dark Lord, the ruler of the nation of Granz. Upon waking, the hero, a gladiator-slave in Granz, attempts to escape before being confronted by the Dark Lord and thrown off of a bridge. After being fished out of a lake, the hero is advised to head to the city of Topple. The heroine’s story also begins with a flashback dream of the Dark Lord and his assistant, Julius, killing her stepmother and destroying her village. Upon awaking, she is advised by the knight Bogard to head to Topple, while he journeys to the city of Wendell.

Plot: The plot is excellent, and probably one of the better JRPG plots out there. It’s not quite up to Tales of quality, but it’s darn close.

Gameplay: This plays a lot like a Zelda game, and that isn’t a bad thing at all. It does have an RPG leveling system but that just adds to the gameplay in my opinion. Personally I liked to play as the Heroine more than the Hero just because her unique weapon of the Rod was quite fun to use. I liked whacking enemies over the head with it. That being said all the weapons were very useful and powerful if used in the right circumstances. You could also create and upgrade your weapons as well which was quite interesting, although difficult to do to get the best equipment.

Art: The art is some of the best you can find on the GBA and it’s quite awesome. Although some of the animations are a little awkward, the rest of the game is beautiful.

Music: The music is okay, but nothing spectacular.

Overall: If you haven’t ever played Sword of Mana you really need to play it. It’s a must play game.