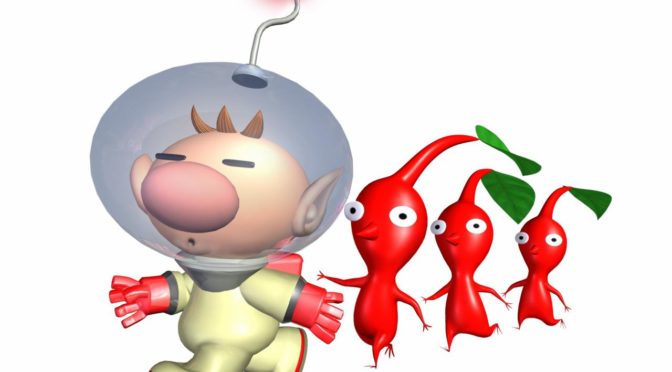 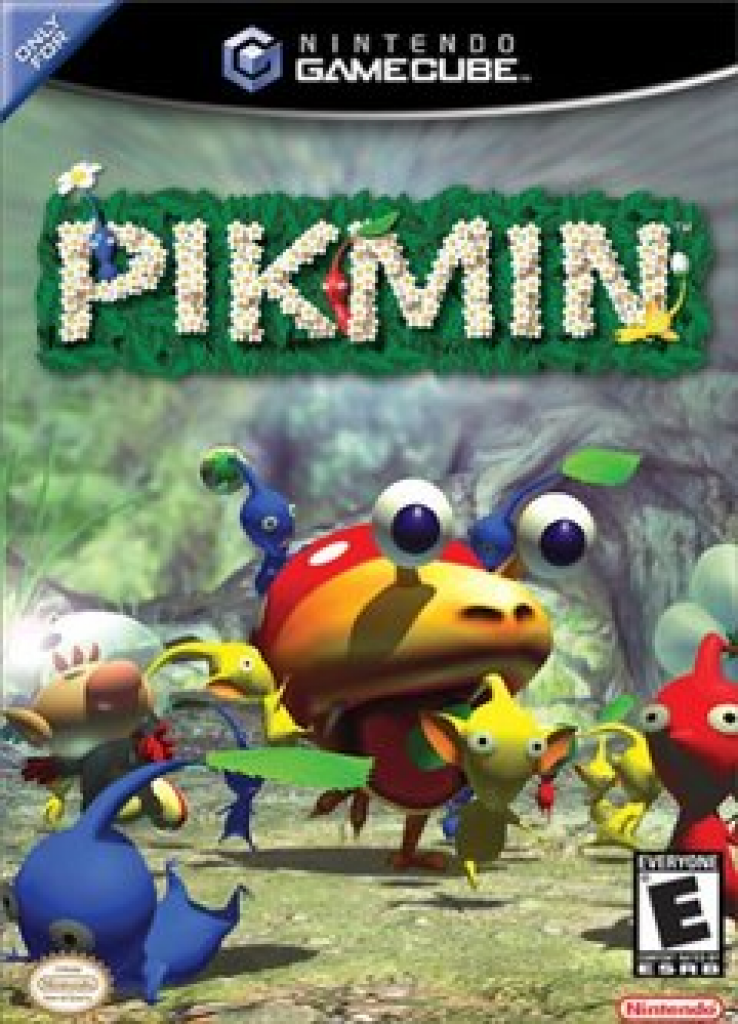 This week for Retro Game Friday I’m covering a game I could’ve sworn I had already done before. It’s Pikmin!

Plot Synopsis:Captain Olimar, a tiny, one-inch tall humanoid extraterrestrial from the planet Hocotate is taking an intergalactic vacation in outer space. However, during his flight, a comet hits his spacecraft, the S.S. Dolphin, which is then pulled into the gravity field of an uncharted planet. Parts of the spaceship fall off as it plummets to the ground and crashes. When he regains consciousness, Olimar finds out that the planet’s atmosphere contains high levels of oxygen—an element deadly to his people—and he can stay on the planet for only thirty days before his life support system stops functioning. Olimar must retrieve many of the spaceship parts so he can rebuild his spaceship and return to Hocotate…

Plot: The plot is pretty basic, which is fine as the meat of the game was in the gameplay.

Gameplay: This game featured no direct combat, as Olimar was unable to combat enemies directly and instead had to direct Pikmin to attack his enemies by throwing them at the enemies. In addition you had until Sunset each day to grab parts before you returned to your ship. If you didn’t do so you’d lose all your Pikmin to the nightime predators. In addition you could only have 100 Pikmin fielded at a time and had to balance between the three types to achieve each day’s objectives.  You had 30 days to obtain 25 of 30 parts to get back to space.

Art: The art has aged poorly, but that isn’t unexpected being a 3D game.

Music: The music is very fitting for the series. Whimsical would be the word I’d use to best describe Pikmin’s music.

Overall: A good game, although gamers now may find it to be boring. For those who want action oriented gameplay, Pikmin will not be an ideal game.