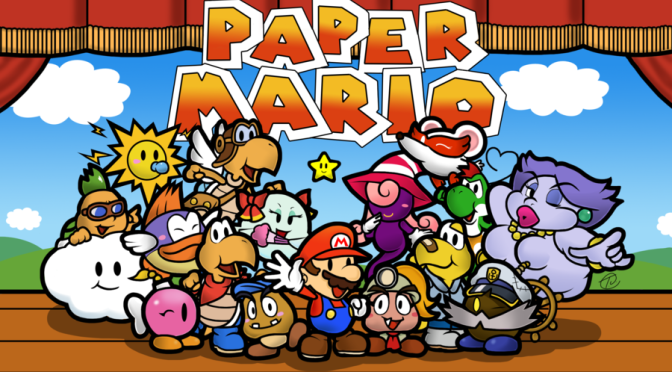 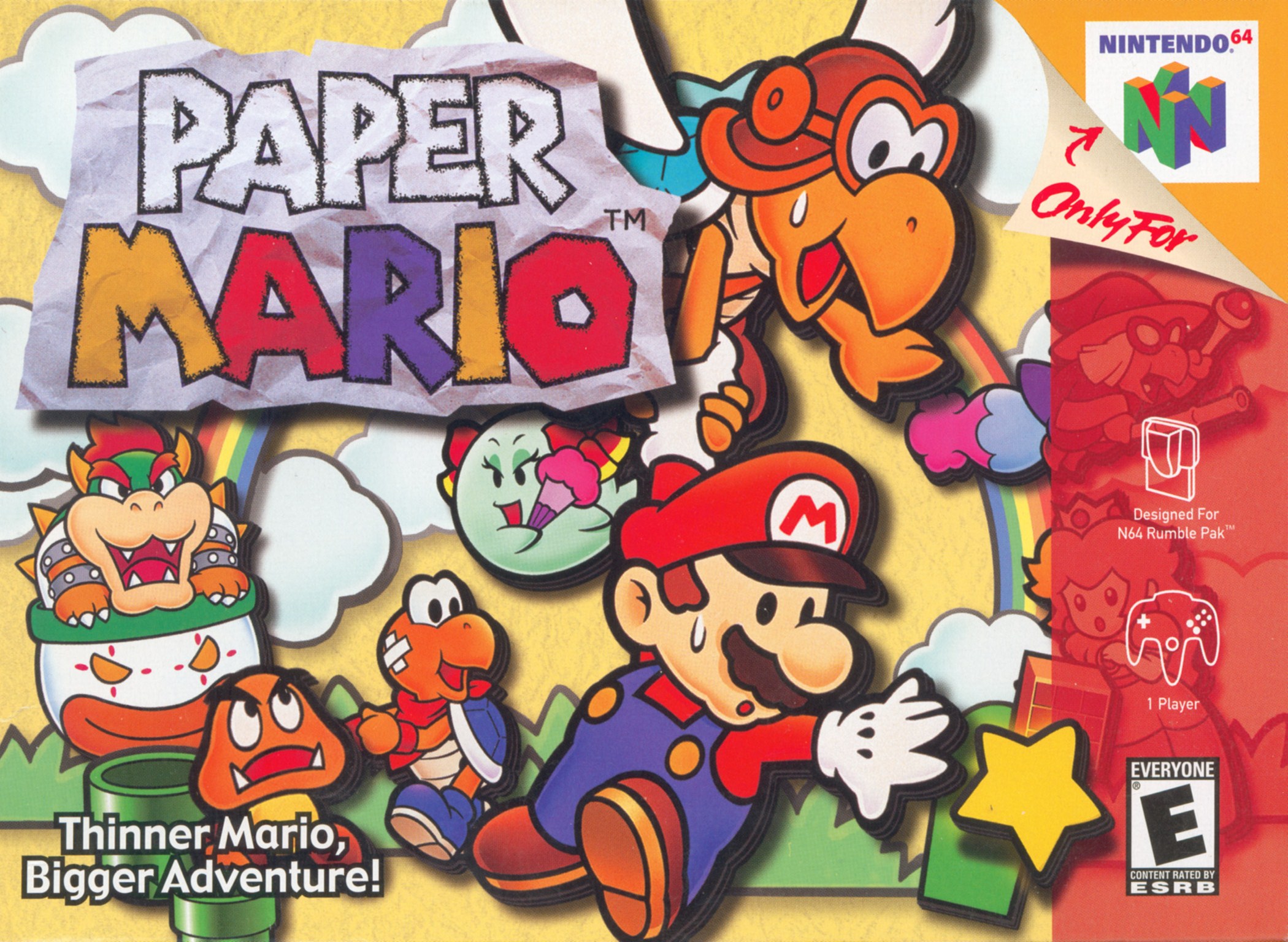 This week for Retro Game Friday I’m covering a game that I loved to play on my Nintendo 64. It’s Paper Mario!

Plot Synopsis: The game is set in Mushroom Kingdom, beginning as Mario and Luigi are relaxing in their house when the mail Parakoopa arrives with a letter. Mario sends Luigi to fetch the mail, which turns out to be an invitation from Peach to a party. Mario and Luigi then head to the castle, and as Mario is about to have some quiet time with Peach, Bowser appears.

Plot: The plot isn’t great, it is a Mario game, however it’s definitely one of the better games in the series in terms of plot.

Characters: I really enjoyed all the various characters that Mario meets on his journey, they are all great. His companions are quite fun to.

Gameplay: The gameplay is great and stands up to today’s standards fairly well.

Music: The music was awesome, but standard Mario fare.

Art: The art style was very innovative for it’s day, and because of it it’s not nearly as badly aged as other games of it’s time.

Overall: If you’ve never played it you should if you can.

For those who like: Mario games, RPGs, Super Mario RPG, Great Gameplay.