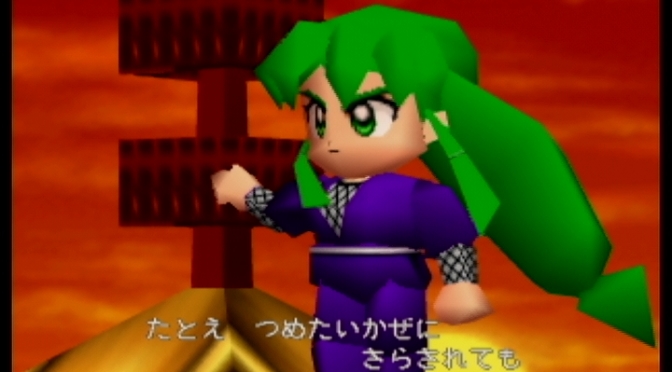 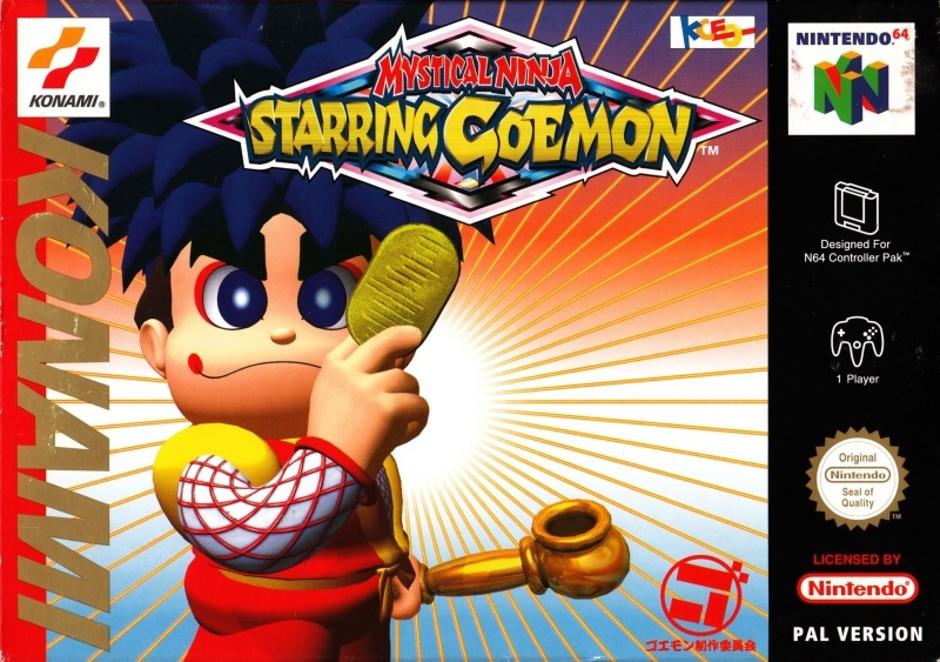 This week’s Retro Game Friday is a game I loved to play, but never could remember the name for until just a few weeks ago. It’s Mystical Ninja Starring Goemon!

Plot Synopsis: The protagonist of Mystical Ninja is Goemon, a hot-blooded, kiseru-wielding ninja with blue, bushy hair based loosely on the legendary thief Ishikawa Goemon. The lord of Oedo asks him to find those who maimed Oedo Castle. Goemon lives in Oedo Town and is friends with Ebisumaru, a strange, gluttonous fat man who wears a blue bandana. Ebisumaru is defined as lazy and perverted. Their kunai-throwing friend Sasuke is a mechanical ninja (made by the Wise Man of Iga) who enjoys hot baths and Japanese tea. Rounding out the heroes is Yae, a fierce sword-wielding kunoichi, who happens upon Goemon’s band in Zazen Town. The villains of the game hail from the organization Peach Mountain Shoguns and include a gang of four “weirdos” led by Spring Breeze Dancin’ (Danshin Harukaze) and Kitty Lily (Margaret Ranko). They intend to transform Japan into a stage for their talents.

Plot: Honestly I don’t remember the plot at all, and the plot synopsis above just makes me confused although with this game if you aren’t confused you’re not playing the correct game.

Gameplay: In what can only be called one of the weirdest games ever this game combines Action-Adventure with Giant Robots. Boss fights are fought using a giant robot to fight another giant robot. That’s about all I remember about the game. It was released a long time ago, so give me a break.

Music: It was probably the first time I heard “Japanese” music, and while I’ve grown to love Japanese Music in recent years, I thought it was just funny sounding back when I played this game.

Art: The art was great for it’s age, keep in mind that it was building off the success of Mario 64, it’s terrible looking now, but it was great then.

Overall: If you can find a version to play you ought to just give this game a quick whirl. It’s highly amusing.

For those who like: To laugh a bunch, Action-Adventure Games, Giant Robots.

P.S. The text in the featured image (the one that appears at the very top of the page not the cover art) says “Even if the cold winds were to take it far away…”  Or at least that’s what my best guess is for the translation.