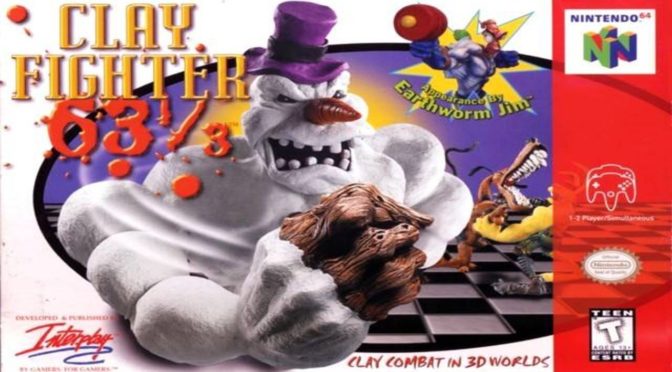 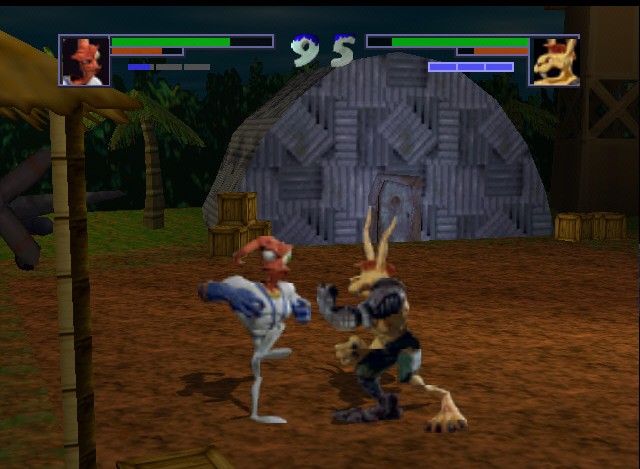 This week for Retro Game Friday I’m covering a game that almost no one remembers anymore! It’s ClayFighter 63⅓!

Plot Synopsis: The Isle of Klaymodo is the resting place of “Bessie”, the purple meteor that came crashing out of the sky onto Klaymodo Island. Bessie has the essential ingredient, Bawk Choy, necessary for Dr. Kiln’s world dominating Mutagen. Klaymodo’s chief baddies are the devious Dr. Kiln and local voodist Happy Harry Houngan. With a combination of laboratory experiments and voodoo spells, they’ve created an “interesting” assortment of hooligans to help them take over the world. These hideous henchmen include Bonker, a clown gone bad, and Ickybod Clay, the wonder from down under. Dr. Kiln is putting on the finishing touches on his top secret mutagen code named “Clayotic Claymorphisis” as Houngan walks through the lab door. When Houngan finds out about Dr. Kiln’s secret formula the clay hits the fan.

Plot: The plot is pretty nonsensical, but hey at least it includes Earthworm Jim! I’ll probably be doing a column on one of his games soon!

Gameplay: This is one of only two 2D Fighting games developed solely for the Nintendo 64 console and it takes full advantage of that, including poking fun at pretty much every N64 game title. It was a lot of fun to play and I actually want to go out and find a copy of the game, but the real prize would be to find a Sculptors Cut edition, which is one of the rarest Nintendo 64 games ever. The reason why was because it was a rental only exclusive to Blockbuster, when Video Rental stores were still a thing. Shocking I know right?

Art: The 2D aspect of the game was pretty good, but the backgrounds used 3D artwork which has aged poorly, like most of it’s peers from that generation.

Overall: If you can find a copy give it a shot, it was a lot of fun.

For those who like: Comedy, Fighting, Awesome Cast of Characters.