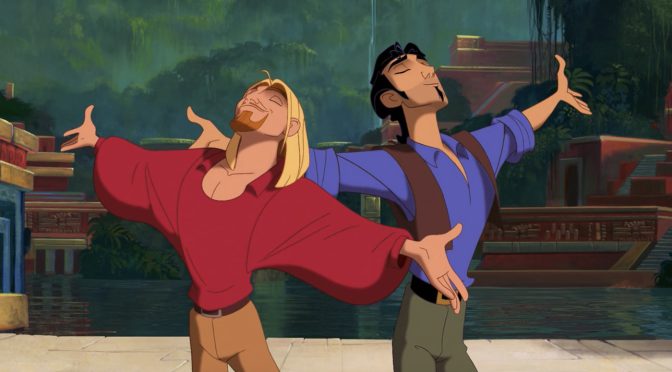 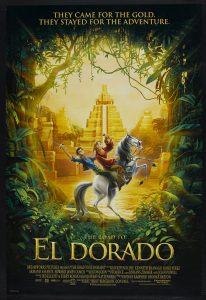 Hey all, I’m back with an animated film for this week’s Movie Monday. It’s “The Road to El Dorado”!

Plot: The plot is a pretty standard affair, likeable scoundrels attempt to swindle people, get caught, escape by stowing away on a ship and are caught again but get saved by a helpful animal that can talk and run away and actually find the mythical place. Honestly, while it’s pretty cliched, it wasn’t a bad movie. Just not particularly amazing either.

Casting: We get some amazing actors as members of the cast, with Kenneth Branagh, Kevin Kline and Rosie Perez as our three main leads. But probably the biggest name in the film was Elton John as the Singing Narrator.

Cinematography: So, the animation isn’t bad at all, but it wasn’t a standout. It was just average. Not good, but not terrible either.

Music: Here is where we buck the trend of this review thus far – given who was the singing narrator this should come as no surprise – the music is quite good. It also wasn’t quite like other Animated films of its time, in that it didn’t feature the cast singing, but it was used in the background or other places.

Overall: A decent movie, but somewhat forgettable, sadly. Worth a watch if you get the chance and have kids or younger siblings that need distracting.

For those who like: Family Films, Animated Films, Great Musical Scores, and a Decent Plot and Cast of Characters.