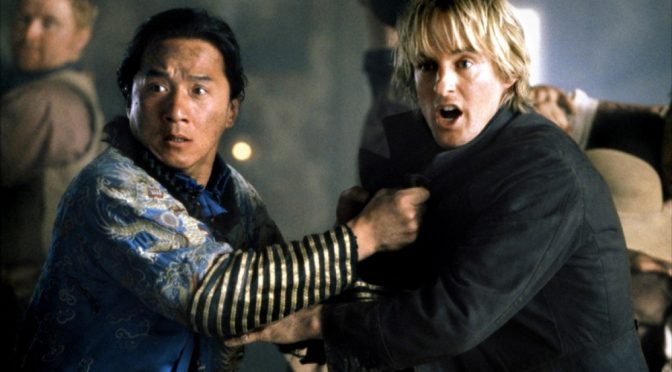 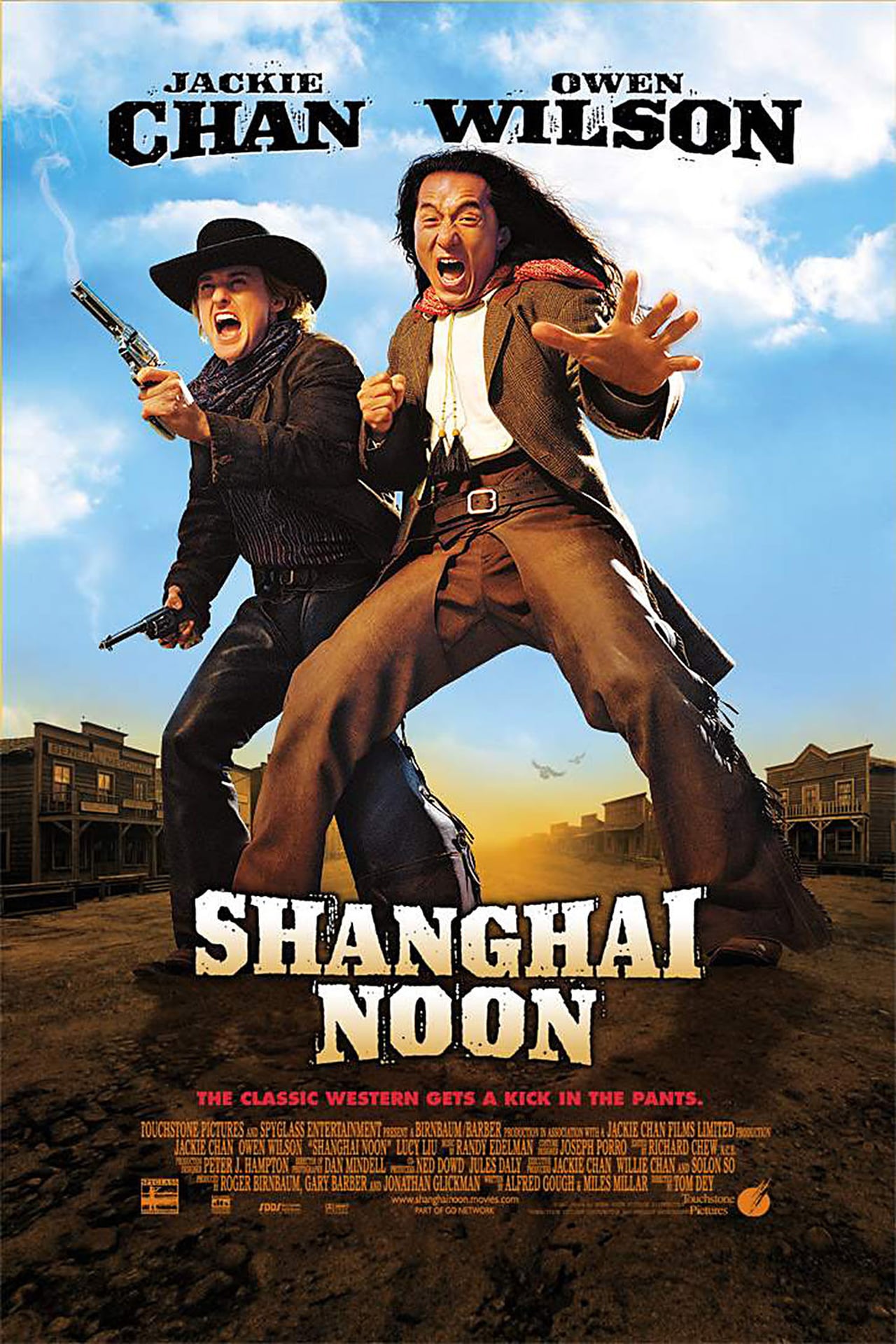 This week for Movie Monday I’m covering a movie that I had some real trouble remembering the name of. It’s Shanghai Noon!

Plot Synopsis:In 1881, Chon Wang (pronounced as John Wayne) is a Chinese Imperial Guard in the Forbidden City. After Princess Pei-Pei (Liu) for whom Wang has affection, is abducted and taken to the United States, the Emperor of China sends three of his guards along with the Royal Interpreter to retrieve her. Wang is not one of the three, but he tells the Captain of the Imperial Guards that it was his fault the princess was kidnapped and insists on joining them. The Captain first refuses, but when the Royal Interpreter, Wang’s uncle, offers to allow Wang to come help with the baggage, the Captain agrees in the hopes that the “foreign devils” would get rid of Wang. In Nevada, Roy O’Bannon is an outlaw who, with his gang, hijacks the train Wang is on. When Wallace, a new member of Roy’s gang, kills Wang’s uncle, Wang chases the outlaws down.

Plot: The plot is nothing amazing, but pretty fun to watch with plenty of martial arts scenes mixed in with the classic western shootouts.

Casting: The cast is awesome, with Jackie Chan and Owen Wilson in the lead roles. They are both hilarious. The rest of the cast is just as great, but really don’t get nearly as much attention as the two lead stars.

Cinematography: The production is awesome, with some amazing martial arts sequences that are quite a lot of fun to watch, in addition to the western shootouts. There aren’t a ton of special effects used, but those that are, are done fairly well.

Overall: A fun movie to watch, but don’t expect an amazing story.