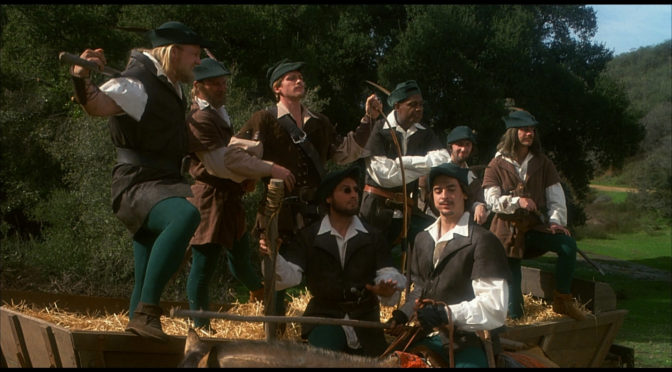 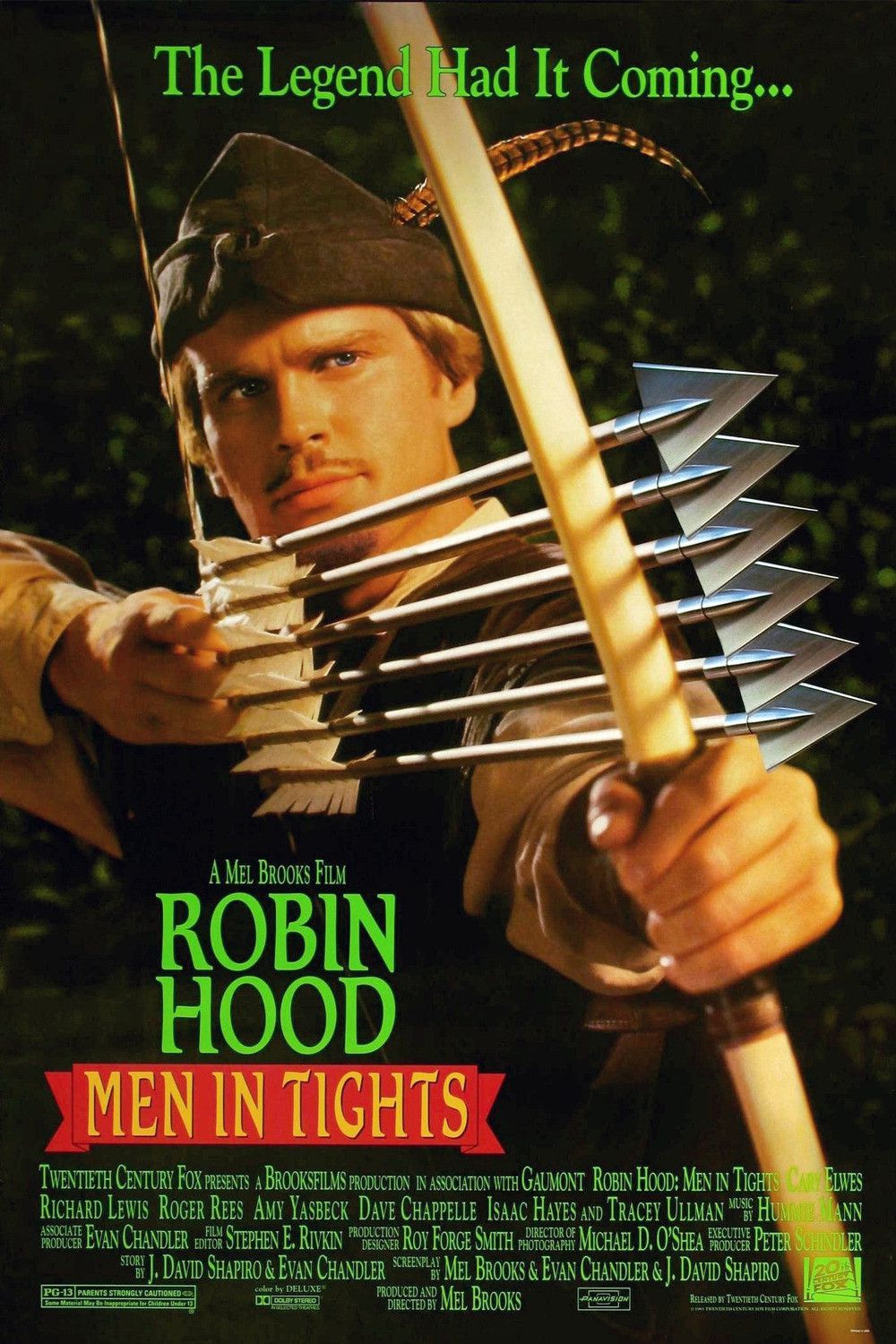 This week for Movie Monday I’m back with another favorite of mine. It’s Robin Hood Men in Tights!

Plot Synopsis: Robin of Loxley, is captured during the Crusades and is imprisoned at Khalil Prison in Jerusalem. With the help of fellow inmate Asneeze, who was arrested for jaywalking, he escapes and frees the other inmates. Robin is asked by Asneeze to find his son, Ahchoo back in England….

Plot: Yeah this is obviously another Mel Brooks production if you couldn’t tell from the picture above. So if you were expecting seriousness and solemnity you’re going to be really disappointed. However if you enjoy laughing almost constantly then, you’ll find Men in Tights to be pretty freaking hilarious.

Characters: The cast is great, and fun fact it features Dave Chappelle in his first ever Film performance. I didn’t know that this was the case, until I read it on the movie’s Wikipedia page. However my favorite character, other than Robin who is played by Cary Elwes of Princess Bride fame, is Blinkin. Blinkin is played by Mark Blankfield, and does an awesome job. The entire cast is truly excellent however and you’ll see lots of pretty famous faces.

Cinematography: Being a Mel Brooks film it’s not so much about the special effects as it is the script, that being said it was pretty good.

Musical Score: It was pretty fitting to the movie and that’s all I’ll say on the subject.

Overall: If you haven’t seen this movie, you ought to.