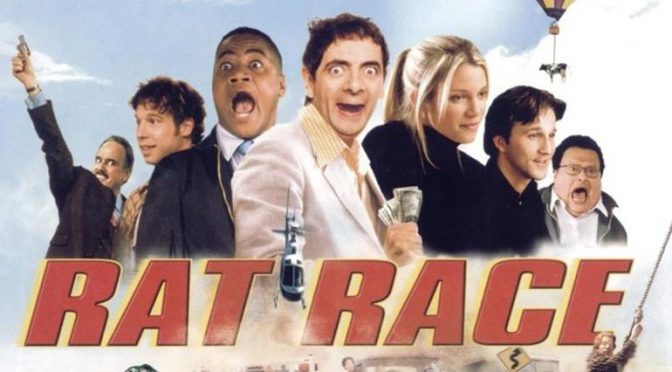 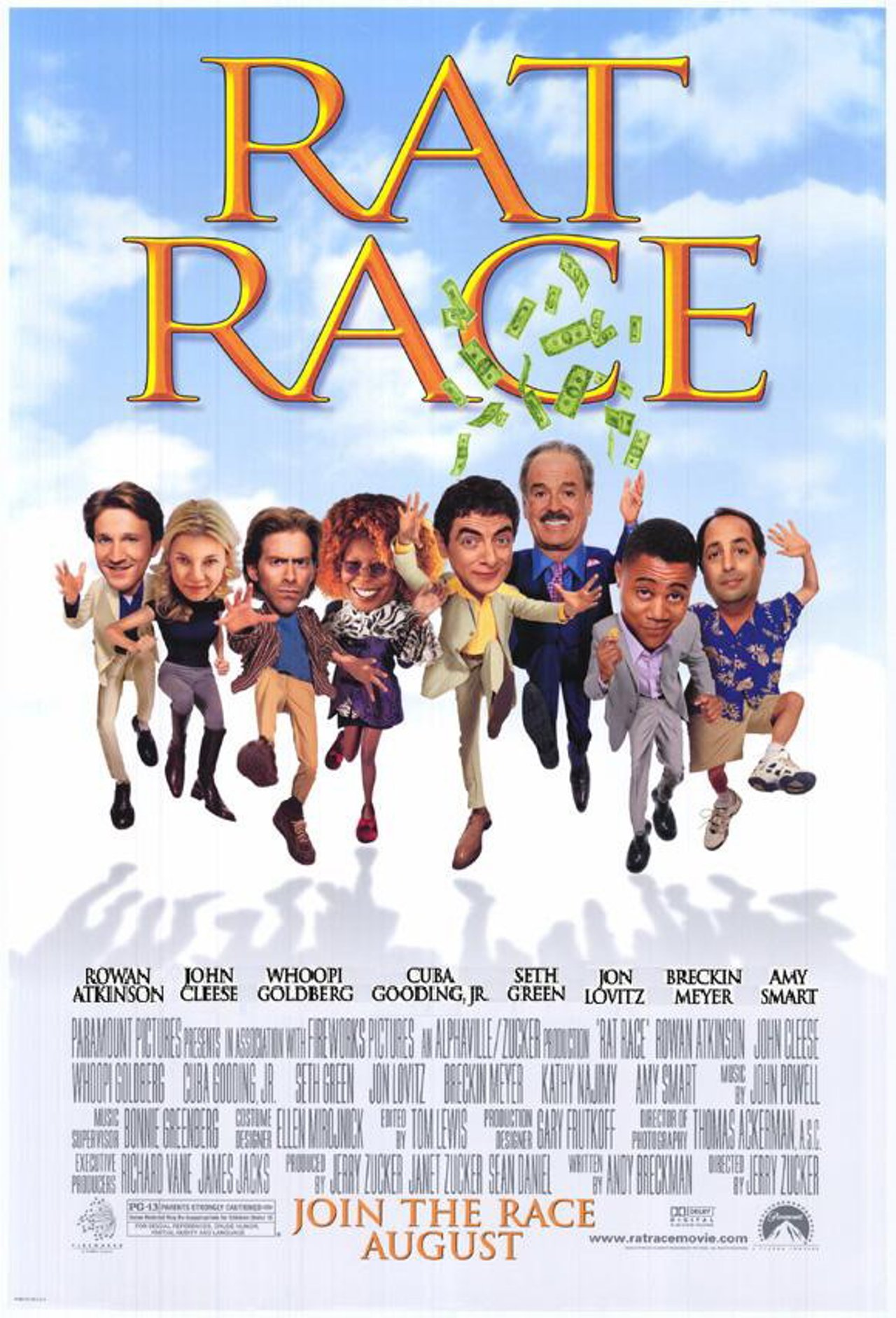 This week for Movie Monday I’m back with a movie that isn’t necessarily a must watch. It’s Rat Race!

Plot Synopsis: Donald Sinclair, the eccentric owner of The Venetian Resort in Las Vegas, devises a new game to entertain the high rollers who visit his hotel. Six special tokens are placed in the casino’s slot machines, and the winners are told that $2 million in cash is hidden in a duffel bag in a train station locker in Silver City, New Mexico, 563 miles southeast of Las Vegas. Each team is given a key to the locker and told to race to the train station to claim the money. Unbeknownst to the competitors, Sinclair’s wealthy patrons are placing bets on who will win.

Plot: The plot isn’t that amazing, but it does have some amusing moments. However mostly it’s due to the fact that the cast is full of comedy greats including John Cleese.

Casting: The cast is pretty great, including John Cleese as Donald Sinclair. Honestly he’s probably my favorite character just because of how ridiculous the character is. But there are some other big names you’ll probably recognize, Seth Green, Whoopi Goldberg, Wayne Knight (who played Newman on Seinfeld).

Music: I don’t remember much of it, but it did fit the movie that much I do remember.

Overall: A funny movie, but not that amazing. Not a must watch.