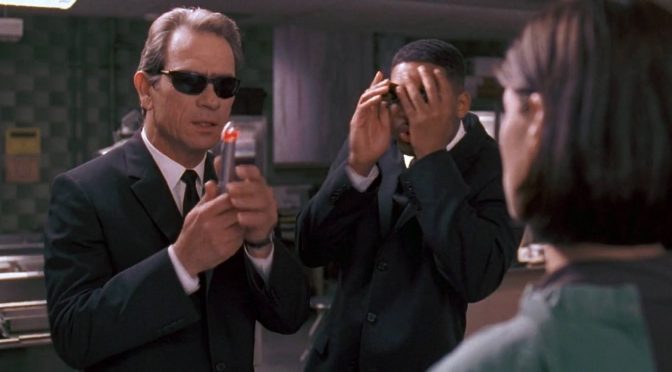 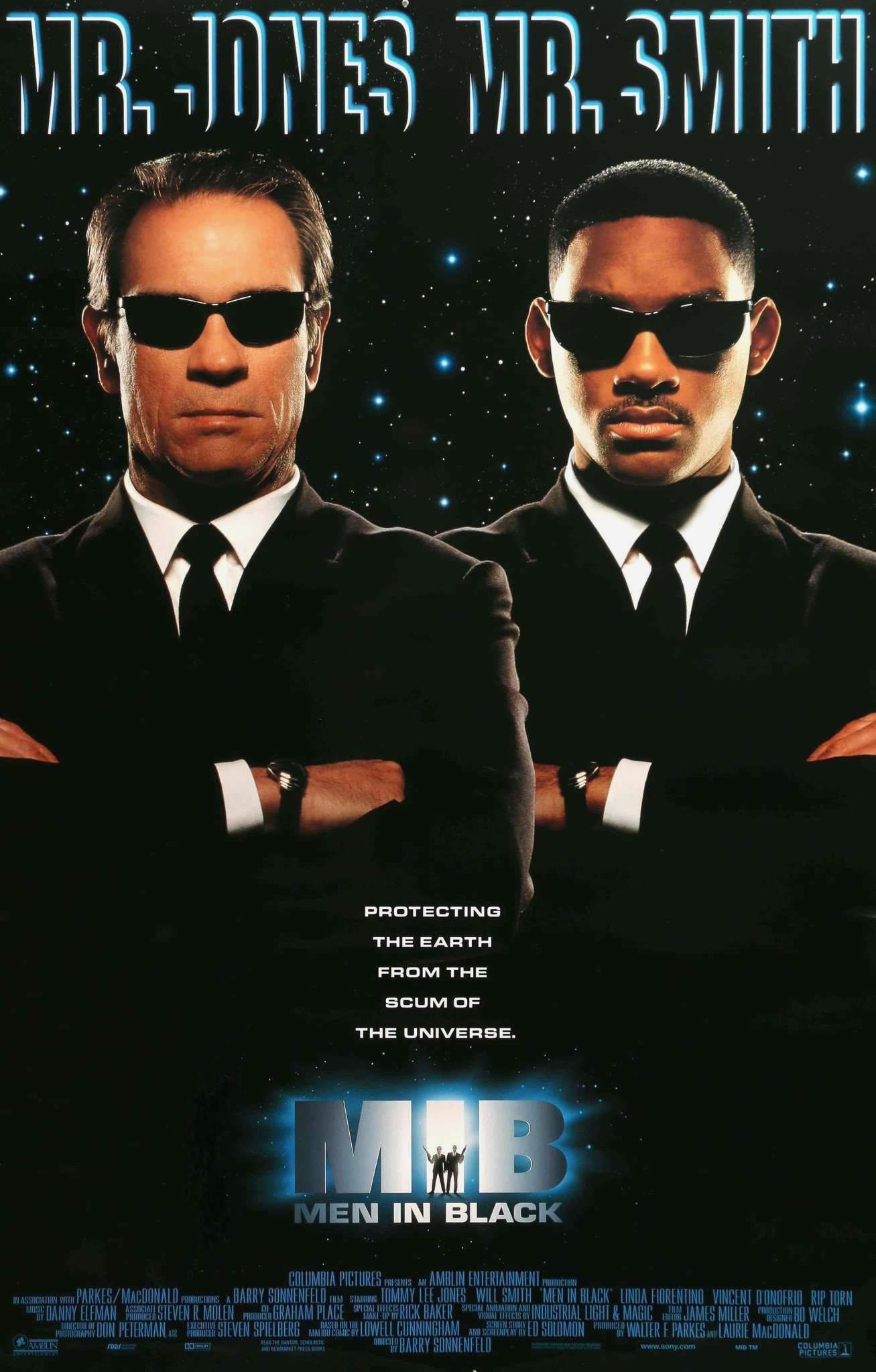 This week for Movie Monday I’m covering a movie that just turned old enough to drink. It’s Men in Black!

Plot Synopsis: After a government agency makes first contact with aliens in 1961, alien refugees begin living in secret on Earth, mostly disguised as humans in the New York metropolitan area. A secret agency known as the Men in Black (MIB) polices these aliens, protects Earth from intergalactic threats and uses memory-erasing neuralyzers to keep alien activity a secret. Agents have their former identities erased, and retired agents are neuralyzed and given new identities. After an operation to arrest an alien criminal near the Mexican border by Agents K and D, D decides that he is too old for his job. K neuralyzes him and begins looking for a new partner…

Plot: The plot is pretty awesome.

Casting: The entire cast is amazing, with both Will Smith and Tommy Lee Jones as the main characters J and K respectively. Frankly this is one of the better casts in that everyone does incredibly well as their characters.

Cinematography: The special effects were incredibly well done, and the make up in particular was incredibly noteworthy and won an Academy Award.

Music: I’ll be upfront and say that I don’t remember the music pretty much at all. Sorry.

Overall: An excellent movie, and possibly a must see one at that.