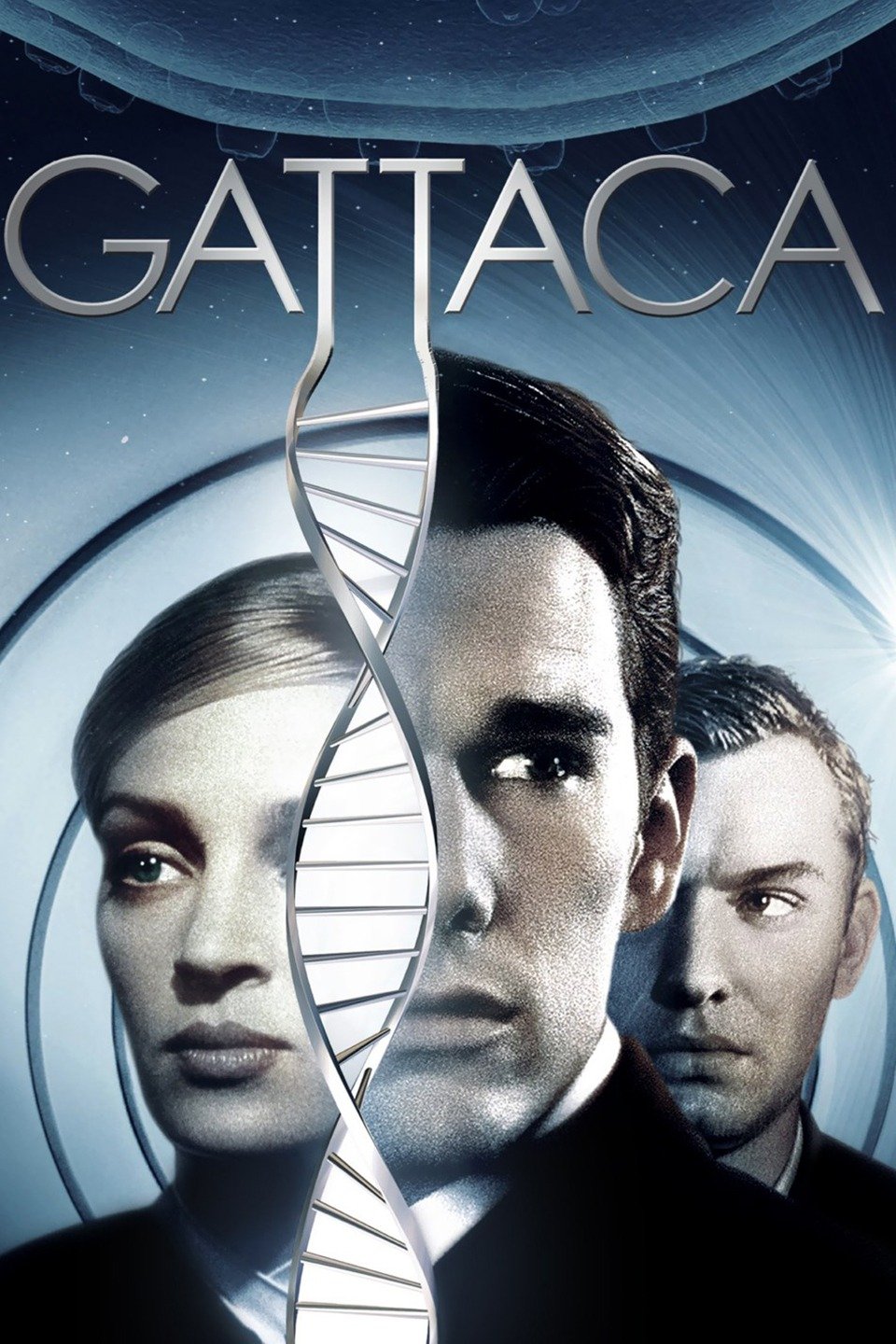 Plot Synopsis: In “the not-too-distant future”, eugenics is common. A genetic registry database uses biometrics to classify those so created as “valids” while those conceived by traditional means and more susceptible to genetic disorders are known as “in-valids”. Genetic discrimination is illegal, but in practice genotype profiling is used to identify valids to qualify for professional employment while in-valids are relegated to menial jobs. Vincent Freeman is conceived without the aid of genetic selection; his genetics indicate a high probability of several disorders and an estimated life span of 30.2 years. His parents, regretting their decision, use genetic selection to give birth to their next child, Anton…

Plot: This is way too Dystopian for my tastes, and even though my roommate said it was an amazing movie, I just didn’t enjoy it. I don’t like Dystopian stories in general and this is no exception. The story isn’t bad, per se, but I just don’t like it. Sorry folks if you love this movie, but for me it’s one I’d rather forget, and now that I’ve written this post if I never remember it again I’ll be okay with that.

Characters: The cast is good, but it’s also not super amazing. Uma Thurman is our female lead and probably one of the more noteworthy actors, but nevertheless no matter how star filled this might have been, it doesn’t make up for the fact I don’t like this movie.

Music: I don’t remember it at all pretty much, but one thing I do remember is thinking that it was just as depressing as the story. Take that as you will.

Overall: Apparently people love this movie, personally I hated it.