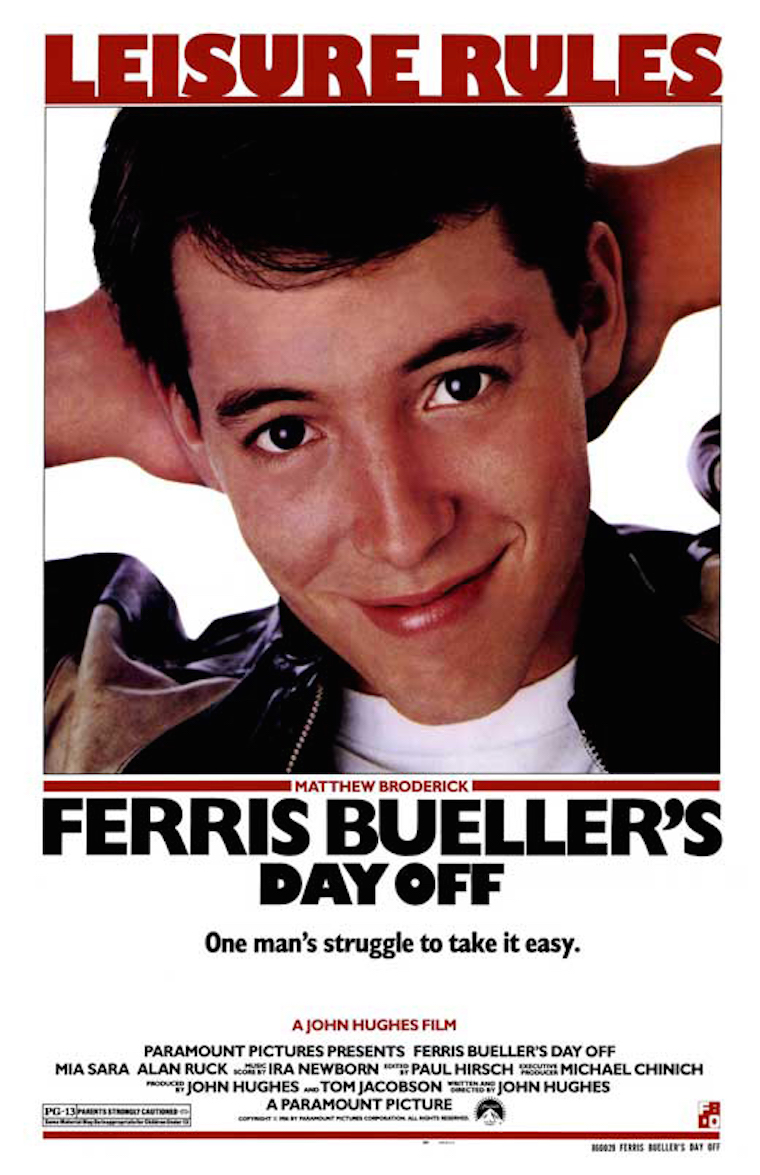 This week for Movie Monday I’m back with a true classic. It’s Ferris Bueller’s Day Off!

Plot Synopsis: In suburban Chicago, near the end of the high school year, senior Ferris Bueller fakes sickness to stay home. His parents believe him, though his sister Jeanie is not convinced. Dean of Students Edward R. Rooney suspects Ferris is being truant again and commits to catching him…

Plot: This is a truly amazing film and is definitely a must see before you die. It does break the fourth wall quite a bit, which while I don’t always enjoy, was actually tastefully done in this case.

Characters: Ferris is played by Matthew Broderick and the rest of the cast is just as awesome. Honestly the entire cast is hilarious.

Cinematography: While it has little to no special effects, the machines that Ferris comes up with are just awesome.

Overall: If you’ve never seen this movie you have to see it. Like clear your schedule and make time today to watch it.

For those who like: Comedy, Hilarity, Truancy, Cleverness, Awesome Cast of Characters.