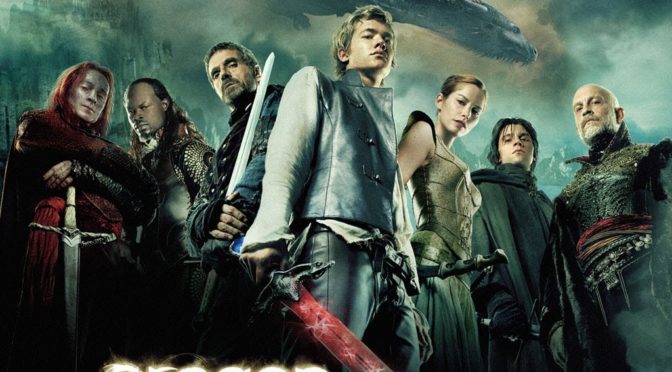 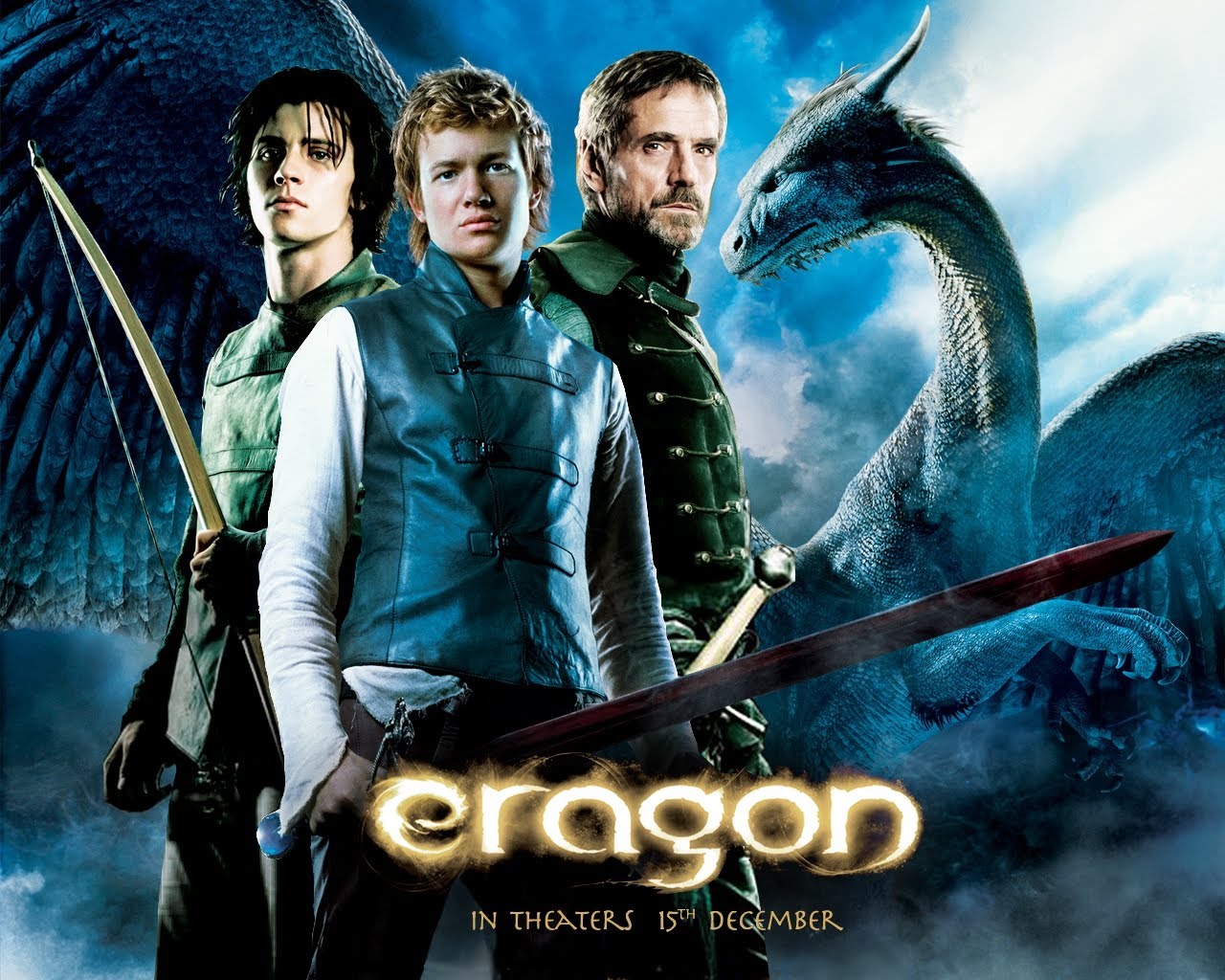 This week for Movie Monday I’m covering an adaptation of a book. It’s Eragon!

Plot Synopsis: Arya, elf princess of Ellesméra, flees with a strange stone, pursued by Durza, a dark sorcerer under king Galbatorix. When Durza corners Arya, she uses magic to send the stone away. Eragon, a farm boy living in the country of Alagaësia with his uncle, is hunting for food when he comes across the stone. Hoping to trade it for food, Eragon brings the stone home, and finds a blue dragon hatching from it. As he touches the dragon, a magical mark is burned into his palm.

Plot: If that sounds like a bad fantasy version of Star Wars, you are absolutely not wrong. This movie takes a book that was written by a teen and makes it into a movie. The fact that the book wasn’t that great to begin with doesn’t help this adaptation either. The biggest reason the Eragon series did well, was because it was written by a teen who had just started High School.

Characters: Eragon is a stereotypical hero, in fact he’s so stereotypical that I sort of pity Mr. Speeler’s for having to take the brunt of the criticism that was leveled at the film as he was the eponymous character. The rest of the cast wasn’t amazing either,

Cinematography: The effects weren’t terrible, but only barely. Frankly the movie didn’t have much going for it and the special effects are pretty much the only thing that kept it from being a complete and utter failure, but like I said just barely.

Overall: Stay far, far away from this adaptation of a book that is pretty bad as well. You’d thank me for the saved time you would have wasted if you watched it.

For those who like: Eragon, Terrible Adaptations.. Screw it, I’m not even going to bother trying to be nice.

Not for those who don’t like: Bad Movies, Bad Adaptations of a Book, Bad Books, Lackluster Plots, Mediocre Cinematography.