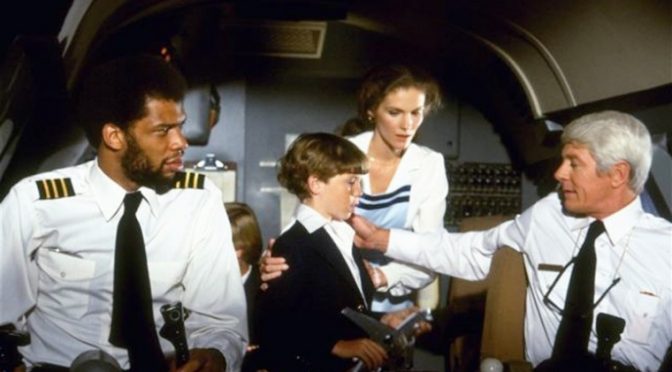 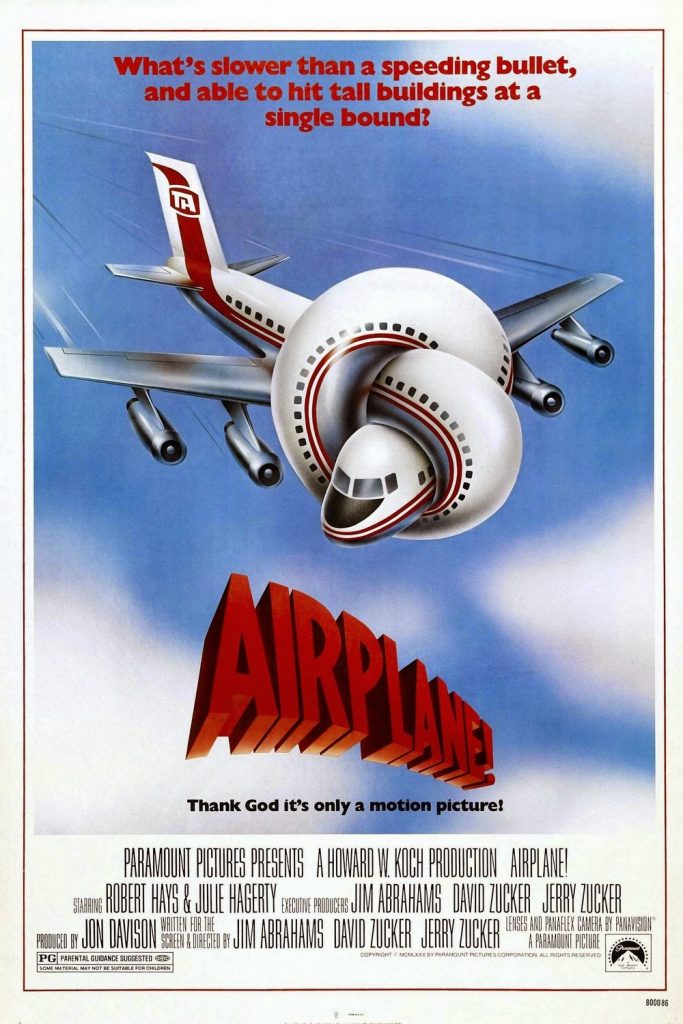 This week for Movie Monday I’m back with another classic! It’s Airplane!

Plot: The plot is a parody remake of another classic movie Zero Hour!, and even uses the script and some characters straight from that movie, although played by other actors of course.  Still if you’ve seen one you’ll recognize names and lines in the other. It’s overall very much a comedy movie and is rated as one of the best, although I still personally find Blazing Saddles to be my all time favorite movie. That said it is sophmoric, and if you really don’t like that type of comedy you might not enjoy Airplane!, though I’d suggest giving it a try nonetheless.

Casting: The cast is pretty great with Robert Hays and Julie Hagerty as the two lead characters. Leslie Nielsen also was a major character, Dr. Rumack. Then there was of course Otto, the inflatable pilot. The rest of the cast was just as good.

Special Effects: The special effects aren’t that great, especially nowadays, but it’s not terrible either.

Music: Not as memorable as the gags and quotes sadly.

Overall: A very funny movie, and easily rated as one of the best comedy movies ever.

For those who like: Comedies, Parodies, Fun Plot, Great Cast of Characters.