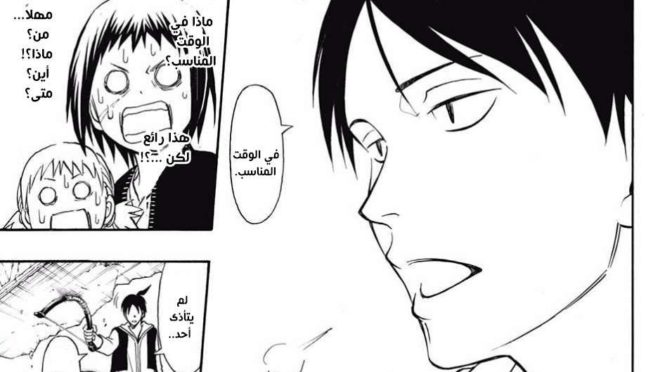 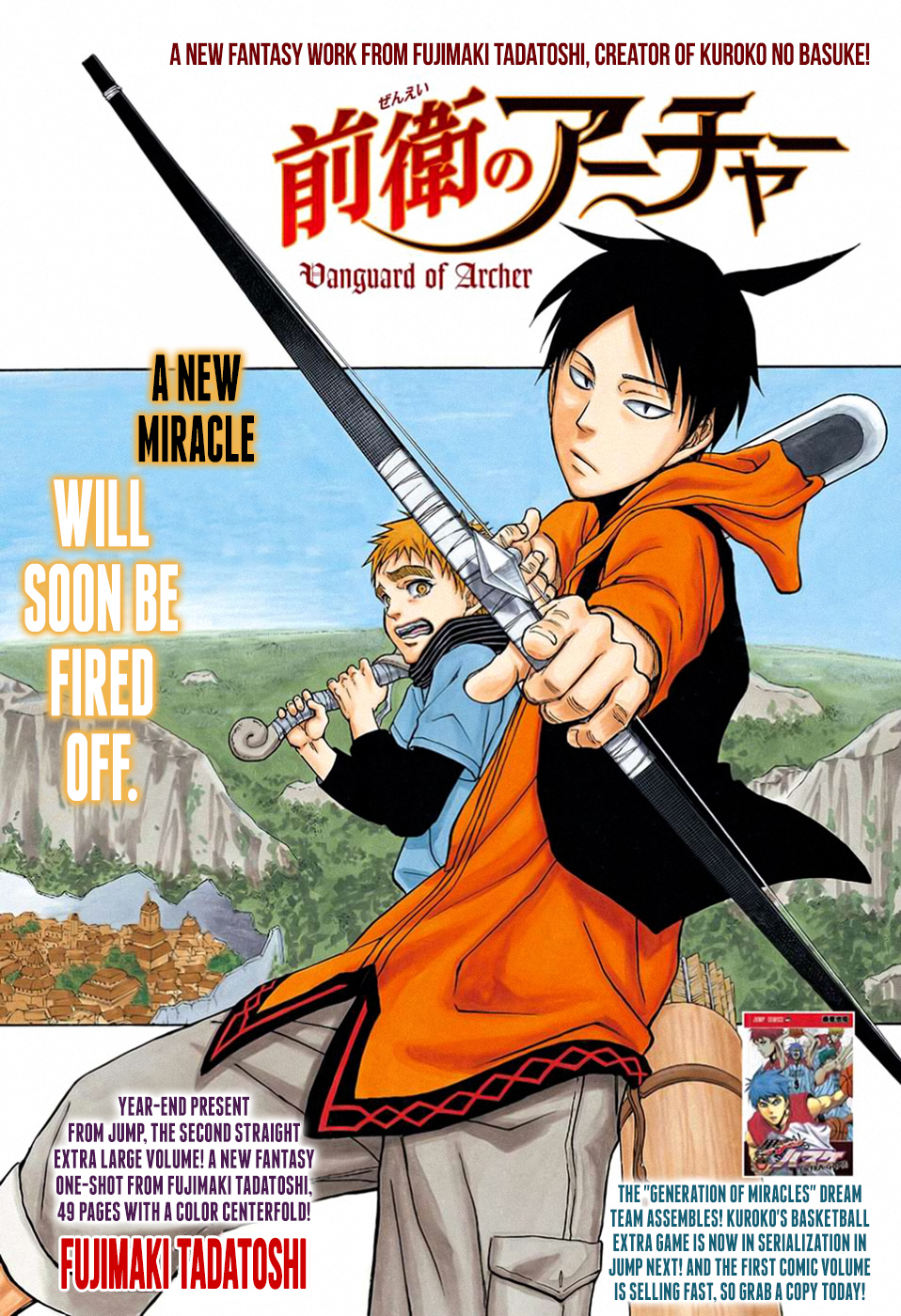 This week for Manga Monday I’m back with a One-Shot from the Mangaka of Kuruko no Basuke! It’s Zenei no Archer, or Vanguard of Archer, by Tadatoshi Fujimaki!

Plot Synopsis: After 10 years of training, Yoichi returns home to fight against the Wenkamui, an endless horde of mysterious monsters that threaten the safety of his village. He’s not alone in his fight; his best friend Ryu, bearer of the divine sword Kamui, has also spent this time training to fulfill his destiny. However, a decade is a long time, and upon his return, not everything is as Yoichi expected it would be…

Plot: This is a really great One-Shot, in fact it’s probably good enough to get serialized and I hope it does as it was quite fun to read. I also enjoy the complete reversal of all the standard Fantasy tropes. While it’s only 49 pages long, I really did enjoy the hell out of Vanguard of Archer.

Characters: Yoichi is a pretty chill hero and I enjoy his archetype a hell of a lot more than most standard Shounen heroes. Ryu on the other hand is fairly stereotypical. Hana is the other named character, and she’s more interesting than Ryu.

Art: The art is great, as expected by the author of Kuruko and being published by Shueisha.

Overall: An excellent read, the only downside is that it’s a One-Shot for now.