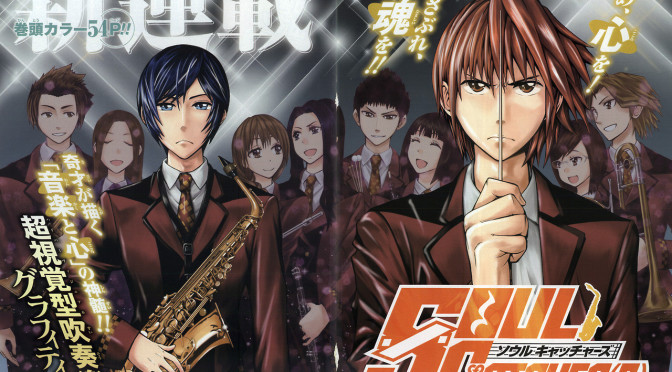 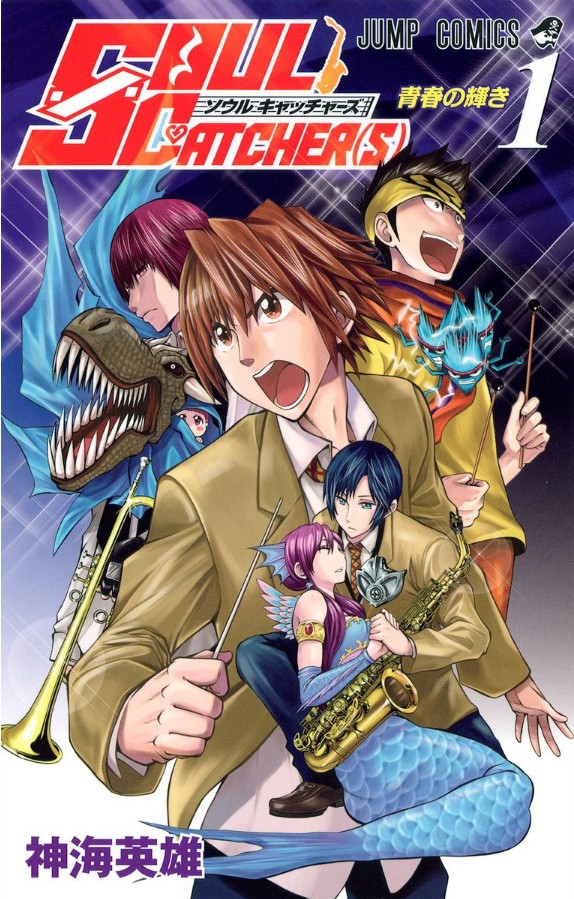 This week for Manga Monday I’m covering a series I recently started reading and found to be quite good. It’s Soul CatcherS by Shinkai Hideo!

Plot Synopsis: Kamine Shuuta is a person who can see a person’s heart (literally) whether it’s angry, wounded, broken, guarded, troubled etc… and because of this he’s at his wits end, because he can’t do anything about it.

Tokisaka Hibiki is a saxophonist in the music club. Shuuta first listens to his saxophone on the terrace and wanted to ask something but Shuuta tells him to come to his performance later in the ongoing school festival. After seeing Hibiki’s performance, he see the notes of music as hands which can heal the wounded, tend the broken, break the shielded hearts: in other words “seize the soul” of a person.

After the performance Shuuta asks Hibiki if there isn’t a person to whom his sound doesn’t reach. Shuuta says although Hibiki’s sounds can seize hearts of others and move them, his own heart is guarded and is unmoved and troubled.

Plot: The plot isn’t anything super serious, and it follows the Shonen model pretty closely, but it does it in a way that makes it fun. I really do enjoy the plot, and I hope the series doesn’t get axed.

Characters: Kamine has a pretty neat ability, being able to see people’s emotions and while that makes him an interesting lead, it’s really the rest of the Concert Band that makes the series good. We’ve got a ton of characters that just make for interesting foils to Kamine and Tokisaka’s attitudes.

Art: The art is standard Shonen fare, but it does it very well, managing to make conducting a band seem exciting and interesting.

Overall: This is a great series, and I’d suggest reading the beginning chapter at the very least.

For those who like: Music, Drama, Excellent Artwork, Fantastic Cast of Characters.