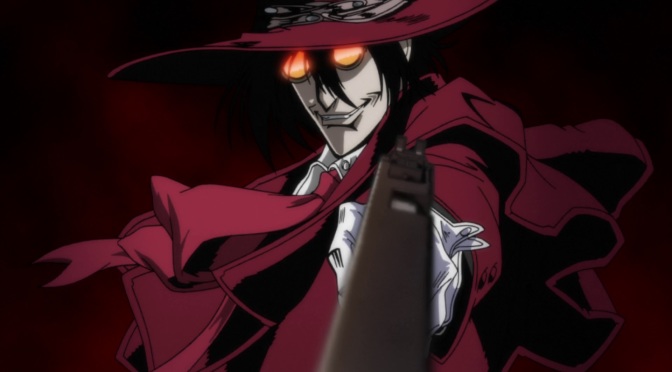 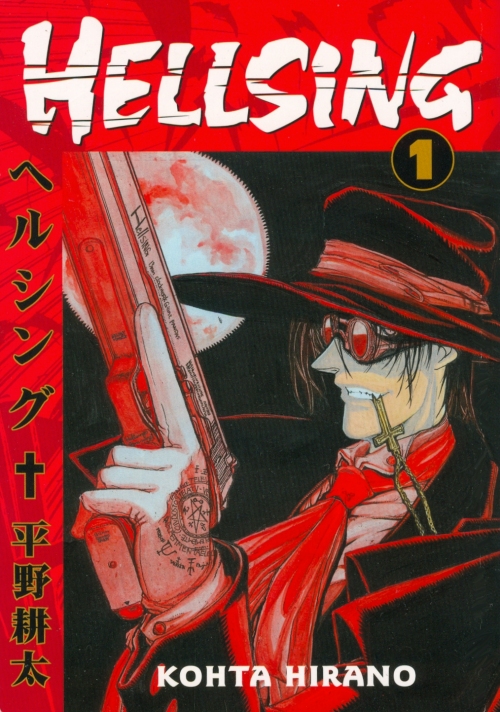 This week for Manga Monday I’m covering an amazing series that I really love, despite my dislike for really violent series usually. I’m talking about Hellsing by Kouta Hirano of course!

Plot Synopsis: Hellsing is named after and centered around the Royal Order of Protestant Knights, originally led by Abraham Van Helsing. The mission of Hellsing is to search and destroy those that threaten Queen and Country from the undead and other supernatural forces of evil. This organization is currently led by Sir Integra Fairbrook Wingates Hellsing, who inherited the leadership of Hellsing as a child after the death of her father. She witnessed his death which turned her from a once innocent and shy little girl to a tough and deadly force. She is protected by the faithful Hellsing family butler and former Hellsing “trashman” Walter C. Dornez, a deadly foe in his own right, and Alucard, the original and most powerful vampire that swore loyalty to the Hellsing family after being defeated by Van Helsing one hundred years before the story takes place.

Pl0t: The plot for this series is really all about action, and those who deal out badassery in spades. The plot isn’t deep, at least I don’t remember it being very deep, but the action that occurs is enough for me to forgive that. Expect an insane amount of gore and violence.

Characters: Alucard is a jerk, but in a way that makes him somewhat likable. If you can get over the fact that he’s probably one of the scariest main characters I’ve ever seen, and that is saying something. Seras is pretty cool as well, although she’s everyone’s butt monkey for the first couple of arcs. The rest of the cast is amazing, with Walter being my favorite side character, but expect plenty of crazy people to show up in this already insane series.

Art: The art is good, considering that the series started in 1997, the same year as One Piece began. It does get better, as the series ended in 2008.

Overall: If you want plenty of action and don’t mind insane amounts of violence or profanity, you’ll love Hellsing.

Not for those who don’t like: Any of the above, or lots and lots of violence and gore.