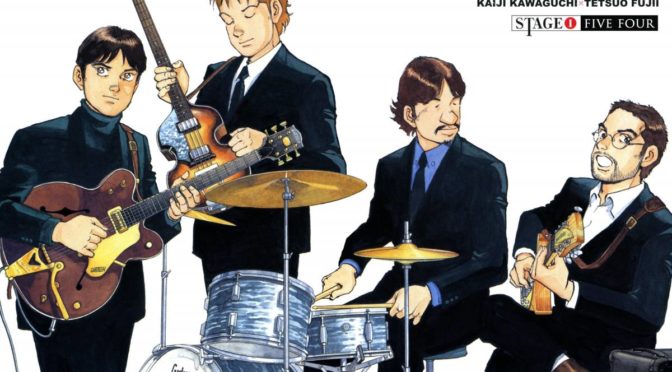 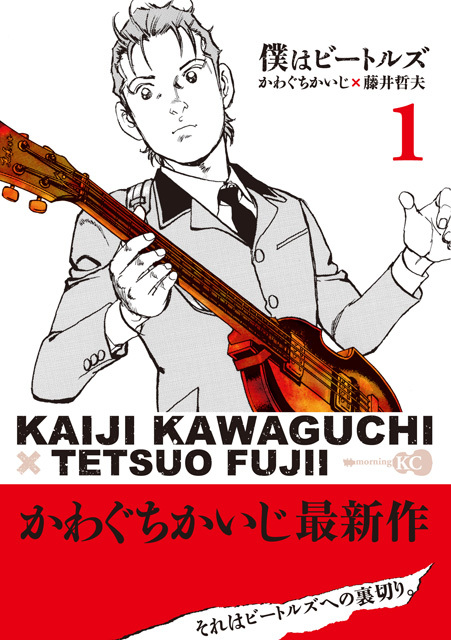 This week for Manga Monday I’ve got a Quick Review for a series that I stumbled across recently. It’s Boku wa Beatles by Fujii Tetsuo!

Plot Synopsis: This is the tale of a Beatles Cover Band named The Fab 4 that is on the verge of breaking up due to inner conflicts in the year 2011. They all love The Beatles, but when they get into an argument in a subway….

Plot: The plot of this first chapter is all setup for the series, and while I won’t spoil the plot, I will say I was intrigued by the concept behind the series. You’ll know what I mean when you get to the end of the first chapter. Now as to the musical side I actually enjoyed it quite a bit, and their last song they played in this chapter was Yesterday. That particular song was the first ever song I sang in Choir class all the way back in middle school, so it’s got special meaning to me.

Characters: Rei and Makoto are the two big stars of this first chapter, but the entire band is pretty interesting. While we aren’t shown a whole bunch of their backstory yet, I’m sure we’ll get to see more later on.

Art: The art is awesome, and frankly I wouldn’t have been surprised to see that this was in a Shueisha publication, but it actually isn’t one.

Overall: If you love music, and especially if you love The Beatles, do yourself a favor and read this series. This first chapter was excellent.

For those who like: Music, The Beatles, Rock, Excellent Plot, Fantastic Cast of Characters, Awesome Artwork.