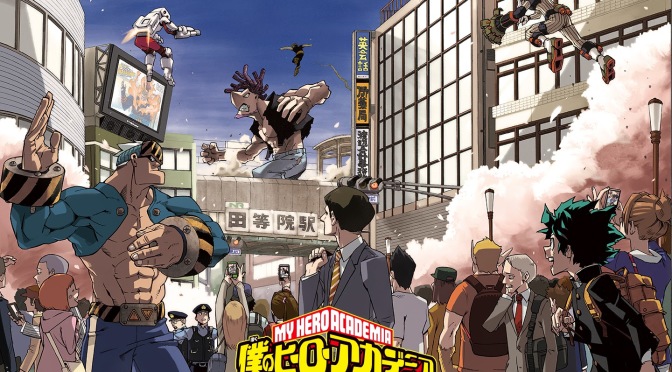 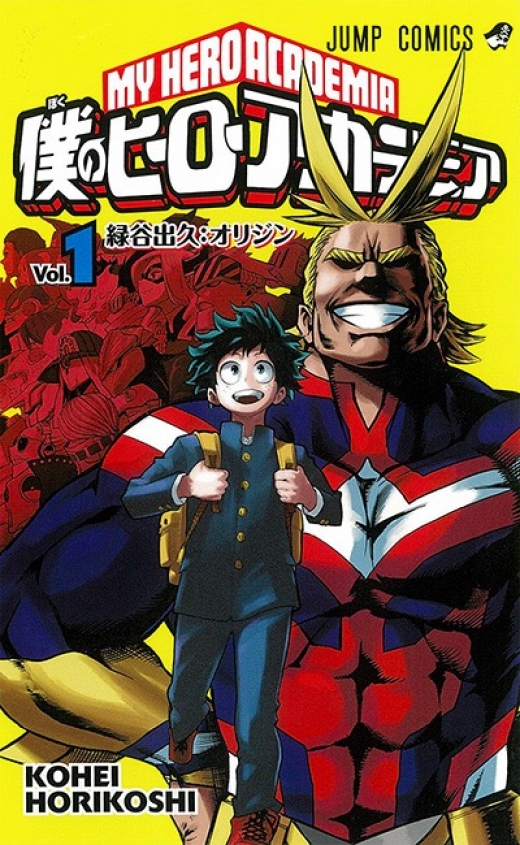 Plot Synopsis: The story is set in the modern day, except people with special powers have become commonplace throughout the world. A boy named Izuku Midoriya has no powers, but he still dreams.

Plot: I love this series partly because the main character is a weakling and partly because he is bullied constantly for his weakness. The fact that he still dreams big dreams and chases after his goal despite all that is heartwarming and for someone who’s dealt with such worries and troubles in my own life I really connect well with him.

Characters: Other than Midoriya, the rest of the cast is really interesting. I really like All Might, the hero Midoriya idolizes because he’s freaking hilarious. Midoriya’s childhood friend on the other hand is a complete ass and I really hope he gets whats coming to him.

Art: The art is interesting, and you’ll definitely catch glimpses of some pretty famous heroes in in the series, although they are of course just silhouettes. That said it feels like the perfect mix of Japanese Manga and American Comics.

Overall: If you enjoy a heartwarming story about a boy striving to overcome his weaknesses you’ll love this series.

For those who like: Action, Comedy, Superheroes, Great Artwork, Amazing Cast of Characters.

One thought on “Manga Monday: Boku no Hero Academia by Horikoshi Kohei”