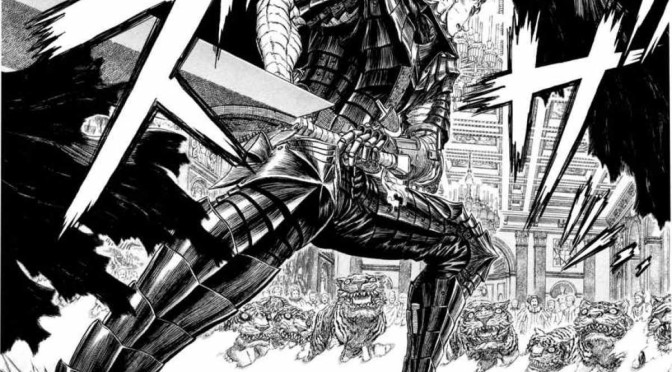 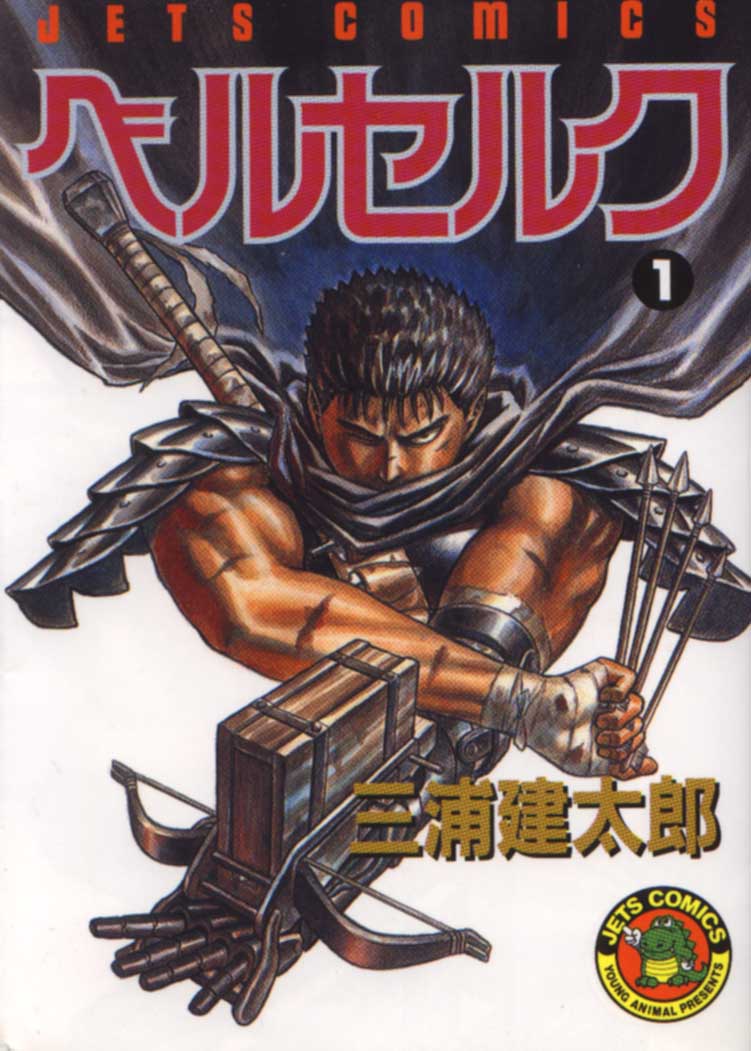 This week on Manga Monday I’m covering a series that I don’t really enjoy, but some find amazing. It’s Berserk by Kentaro Miura!

Plot Synopsis: Guts (ガッツ Gattsu), is a wandering warrior, and former Raid Leader of the renowned mercenary unit known as the “Band of the Hawk” (鷹の団 Taka no Dan), who hunts demon like creatures called Apostles, humans who have made a deal with a group of archdemons known as “The God Hand” that in exchange for their wish they must sacrifice someone or something close to them.

Plot: First off this series is super dark in terms of plot. It is not a happy series, and if you expect any comedy you will be sorely disappointed. The series has been going on since 1989 and still hasn’t finished, so there is that to be said for the plot. Like I said above, I personally don’t enjoy this series as it’s way too depressing for me, but others think the series is solid gold. Do expect sex scenes in this series however.

Characters: Guts is a moody jerk, and the rest of the cast isn’t very happy either. Don’t expect anyone to laugh often.

Art: The art has evolved since the beginning of the series in 1989, but that isn’t to say the older chapters are bad. They aren’t at all, the art is great for a super violent series.

Overall: If super violent depressing stories are your thing check this one out, otherwise move on with your life.