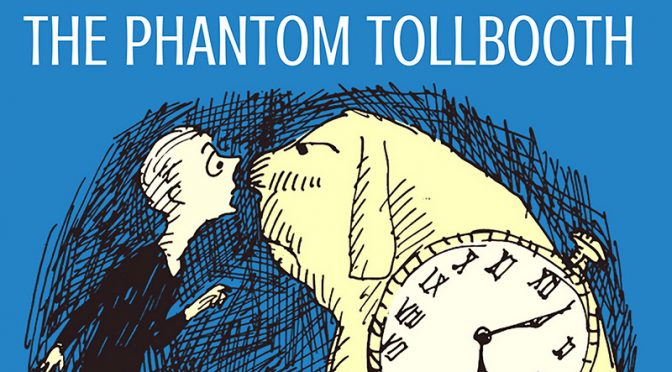 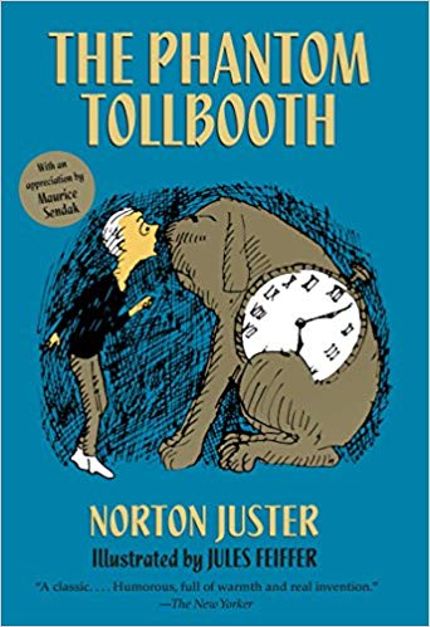 Hey all I’m back with a book that has taken me years to remember the name of for this week’s Bookish Wednesday. It’s The Phantom Tollbooth by Norton Juster!

Plot: Let me get this out of the way, this a book meant for kids. Anyone older than twelve will not either appreciate the book because they find it boring and they’ll miss the entire meaning behind it or they’ll already know it and not really enjoy the story for what it is except for the puns. Now as I have stated before I despise Literary Analysis, but this meaning was very blatant and was a big reason I stopped hating school as much as I did growing up as a kid. That isn’t to say I still didn’t hate it, because I absolutely did due to numerous other reasons. However it was never because I didn’t like learning. The reasons why I still hated school is a topic for another day, perhaps a Sensate Saturday post.  So now that that is out of the way I loved this book due to it’s puns and clever word usage. The entire book is filled with them and it’s all quite creative. I won’t spoil the story itself, and while it is very simple it was a good lesson as a kid.

Characters: Milo is our main character and I very much identified with him as a kid. We were both incredibly intelligent kids, who just couldn’t bother with subjects which didn’t interest us at all. Afterwards that was still true for me, but I’d at least attempt to learn something new before stopping due to either lack of ability to do so or a clear lack of interest in continuing further studies of that subject. The rest of the cast is just as colorful, and I enjoyed them all.

Overall: This is a great kids book that every child should read. Screw Huck Finn and Tom Sawyer, this book is much more important to read as a kid.

For those who like: Good stories with a very clear lesson, Fun Cast of Characters.