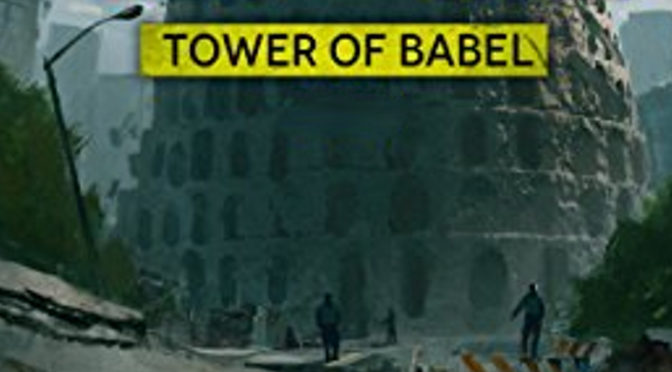 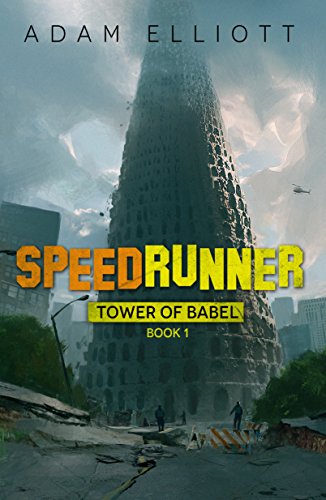 This week for Bookish Wednesday I’m back with another LitRPG. It’s SpeedRunner, book 01 of the Tower of Babel Series, by Adam Elliott!

Plot Synopsis: Launch day. That was what they called it. The day when over four million people vanished in an instant from the island of Manhattan. The day earthquakes ravaged the east coast. The day a one hundred and one kilometre tall tower rose from the wreckage of the now empty city. The day every screen, newspaper, and smart phone displayed a single message from an unknown source:

The Great Emperor has issued his challenge.
From the ruins of the Old World rise the Tower. Its doors will soon open, and the great game will begin.
A hundred floors and a hundred challenges await the worthy.
And to the victor? A Wish of Unlimited Power.

Cayden Caros yearned to play that game. His only problem? The Terms and Conditions. A strict set of rules that, among other things, prevented anyone under the age of sixteen from entering the tower. Forced to wait for over two years, Cayden did the only thing he could do to pass the time. He researched, he practiced and he prepared. It would take a lot to catch up to players with such an enormous head start. Lucky for him, he was a special type of gamer.  A SpeedRunner.

Plot: The plot is pretty interesting, and while I won’t spoil the surprises I will say it was one heck of a ride and I can’t wait for the second book’s audiobook to come out.

Characters: Cayden’s antics might get a bit annoying at times, but there have been worse main characters like the unlikable ass, whose name I can’t even bother looking up to remember, from Unbound Deathlords. The rest of the cast though is quite interesting, but my favorite might be Sarah. I’ve always loved snarky characters, and when a snarky female character pops up I tend to enjoy the story better.

Overall: This is a good read, although a bit too short for my liking personally that is only because I really don’t want to wait for the sequel.

For those who like: LitRPGs, Fantasy, Action, Adventure, Great Plot, Fantastic Cast of Characters.

Not for those who don’t like: Any of the above, or me hating on Unbound Deathlords.