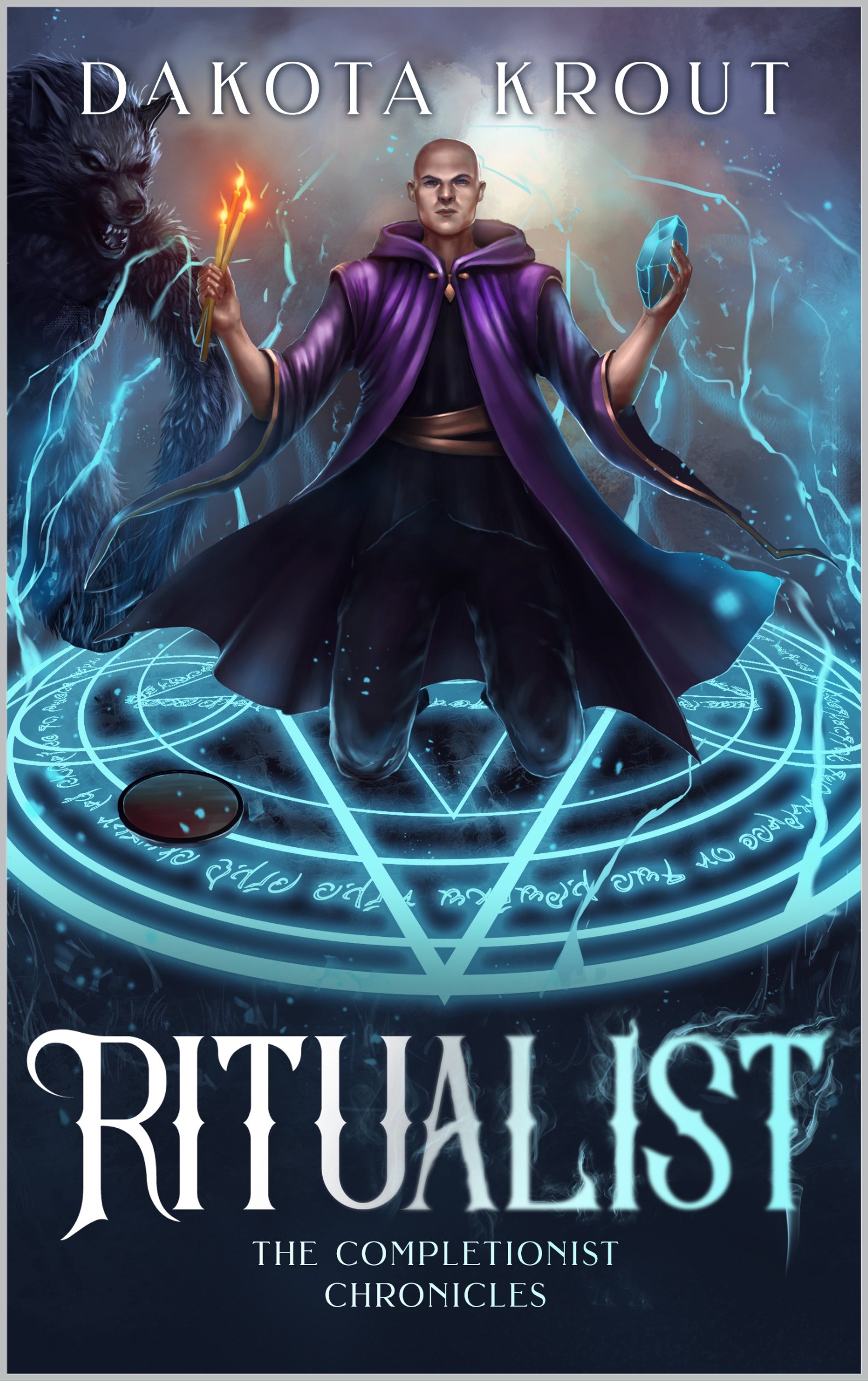 This week for Bookish Wednesday I’m back with another LitRGP. It’s Ritualist, Book 01 of the Completionist Chronicles, by Dakota Krout!

Plot Synopsis: The decision to start a new life is never an easy one, but for Joe the transition was far from figurative. Becoming a permanent addition to a game world, it doesn’t take long to learn that people with his abilities are actively hunted. In fact, if the wrong people gained knowledge of what he was capable of, assassins would appear in droves….

Plot: The plot is pretty good, but it’s not absolutely amazing and I could see some of the plot twists coming from miles away. However there have been worse books I’ve read and for a LitRPG in a genre that is quickly becoming stuffed with plenty of poor attempts at writing, Ritualist is actually pretty decent.

Characters: Joe is a pretty decent main character, he’s neither stupid nor arrogant which is a nice reprieve from some of the stuff I’ve been reading recently. I might have done some things very differently though if I were in his place. Some of the things that occur would make any gamer worth their salt know how to react instantly. The fact that some of the cast are supposedly said gamers is just a bit annoying.

Overall: A decent read, and a fairly good LitRPG. It’s not the best, but it’s better than a lot of the crap that is online now.

For those who like: LitRPGs, Action, Adventure, Fantasy, Magic, Decent Plot, Good Cast of Characters.