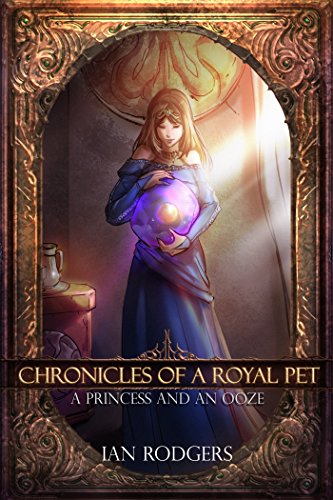 This week for Bookish Wednesday I’ve got a book for a younger crowd. It’s A Princess and An Ooze, The Royal Ooze Chronicles Book 01, by Ian Rodgers!

Plot Synopsis: The world of Erafore is one full of magic and mystery. Heroes battle dragons, mages confront demons, and the gods watch over it all. Yet among these incredible beings, a single creature is born with the power to rewrite the destiny of the land. Taken in as a pet by the princess of the Kingdom of Varia, a mere Ooze will rise…

Plot: This is definitely aimed at the younger crowd, as the plot is pretty standard. That isn’t to say there isn’t some surprises for the older readers, but that this won’t be a twisting mess of plot like a thriller would be. While I enjoyed the book, I’ll probably end up recommending this to people with younger children around the age of 8-14.

Characters: Jelly, our main character is an Ooze, or Slime. He’s pretty interesting, for being a ball of goo. There are much better lead characters out there, pretty much anything by Sanderson or Conroe for example, but he isn’t as bad as some books I’ve read in the past year or two. The rest of the cast is just as interesting. The Royal Family probably is my favorites of the “side characters” but the entire cast was pretty good.

For those who like: Fantasy, Magic, Oddball Lead Characters, Good Plot, Great Cast of Characters.