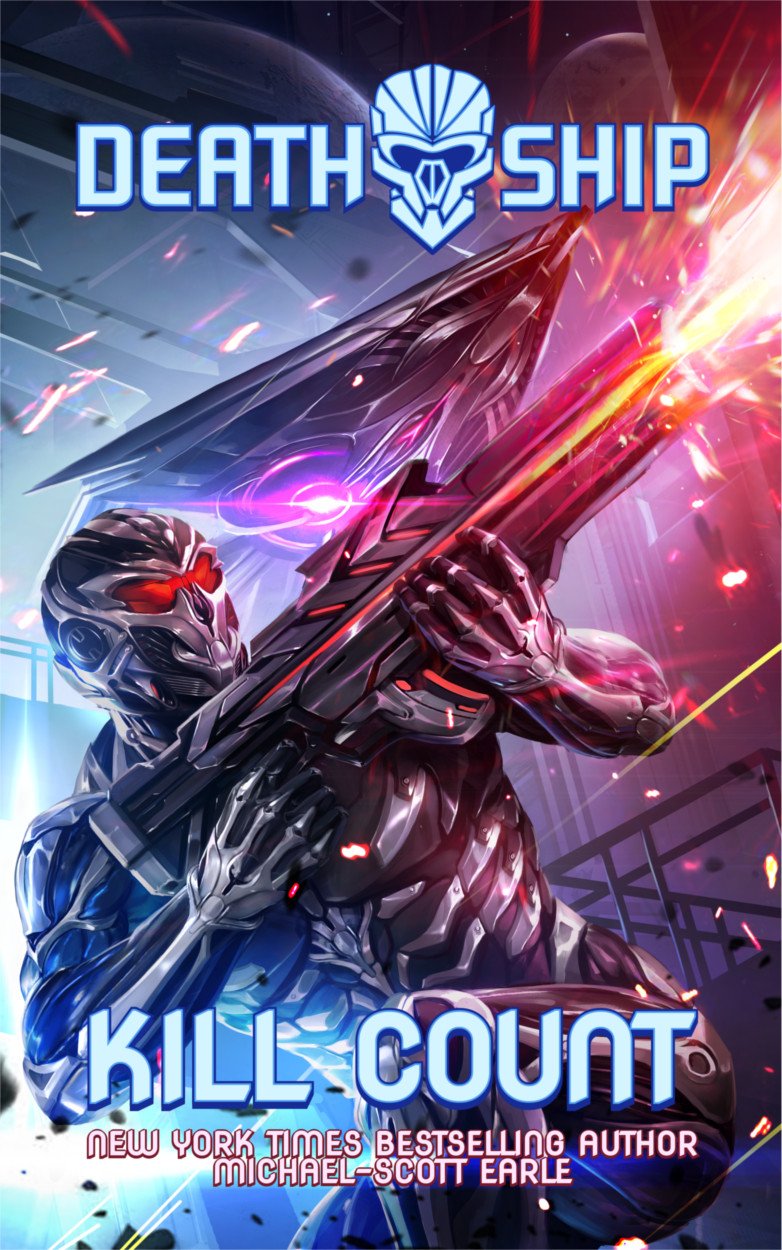 Hey all I’m back with a Sci-Fi series with a bit of a LitRPG element. It’s Kill Count, Death Ship Book 01, by Michael-Scott Earle!

Plot Synopsis: When Sergeant Jay Lucas is snatched away from his family farm by a diabolical sentient spaceship, he thought his life was over. But he soon discovers the kidnapping was only the beginning of his trials….

Plot: The plot is incredibly violent, if you couldn’t tell that from the name of the series. That being said it’s not a terrible thing, and honestly it’s more humorous than anything else due to Seymour. You’ll see what I mean if you read the book. The rest of the book is very much in keeping with Sci-Fi Space Operas you’ve seen and read many times. That being said, it’s not a bad thing and was done pretty damn well.

Characters: Jay may be the stereotypical farmboy, but boy if I don’t enjoy the hell out of his snark. Seymour is delightful in his penchant for chaos. The rest of the cast is just as good.

Overall: A fun and hilarious ride that will give any LitRPG or Sci-Fi fan uncontrollable bouts of laughter.