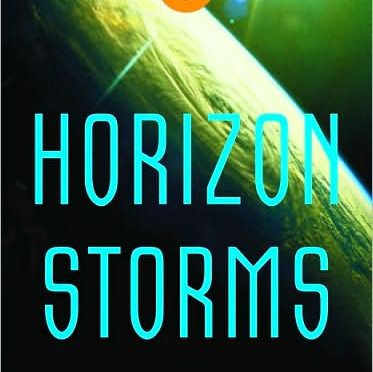 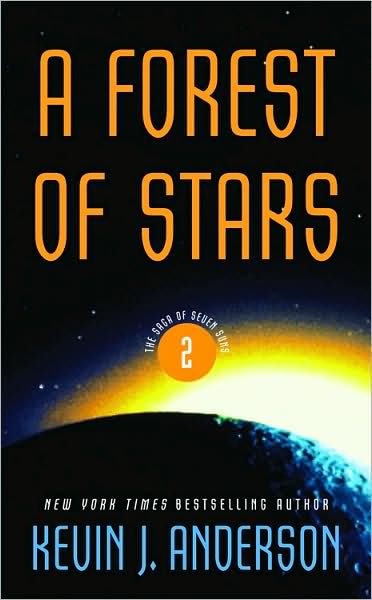 This week I’m back with the second entry in The Saga of Seven Suns for Bookish Wednesday! It’s A Forest of Stars by Kevin J. Anderson!

Plot Synopsis: Five years after the war began, the hydrogues maintain absolute control over the galaxy’s gas giant planets. On Earth the government is tightening its grip on rebellious colonies while seeking to dominate the other humans throughout the galaxy, unaware that the seemingly-benign Klikiss robots, left behind when the Klikiss died out, are actually planning the destruction of the human race as they did their parent Klikiss. The Roamer skymines have been abandoned or destroyed, but innovative clans have come up with smash-and-grab tactics to acquire what ekti they can. The worldtrees of Theroc have been revealed as the verdani, ancient rivals of the hydrogues. Though a heartbroken Jora’h believes she is dead, Nira is secretly a captive being used in the clandestine breeding scheme of Mage-Imperator Cyroc’h to create an Ildiran capable of communicating with the hydrogues.

Plot: The plot is great, and while the first book ended on a really serious note with the death of Louis Colicos at the hands of the Klikiss Robot Sirix, we also had Raymond, now called Peter, rise to power seemingly in the Hansa as the new King. This book is just plain good and it helps to remove the depression after the first book with everything that went wrong by introducing new characters and returning characters growing.

Overall: This is a worthy sequel, and while it still is super serious it offers enough to make it not a super depressing affair.