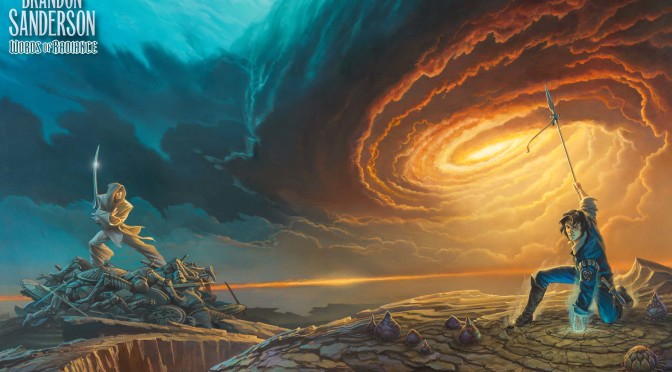 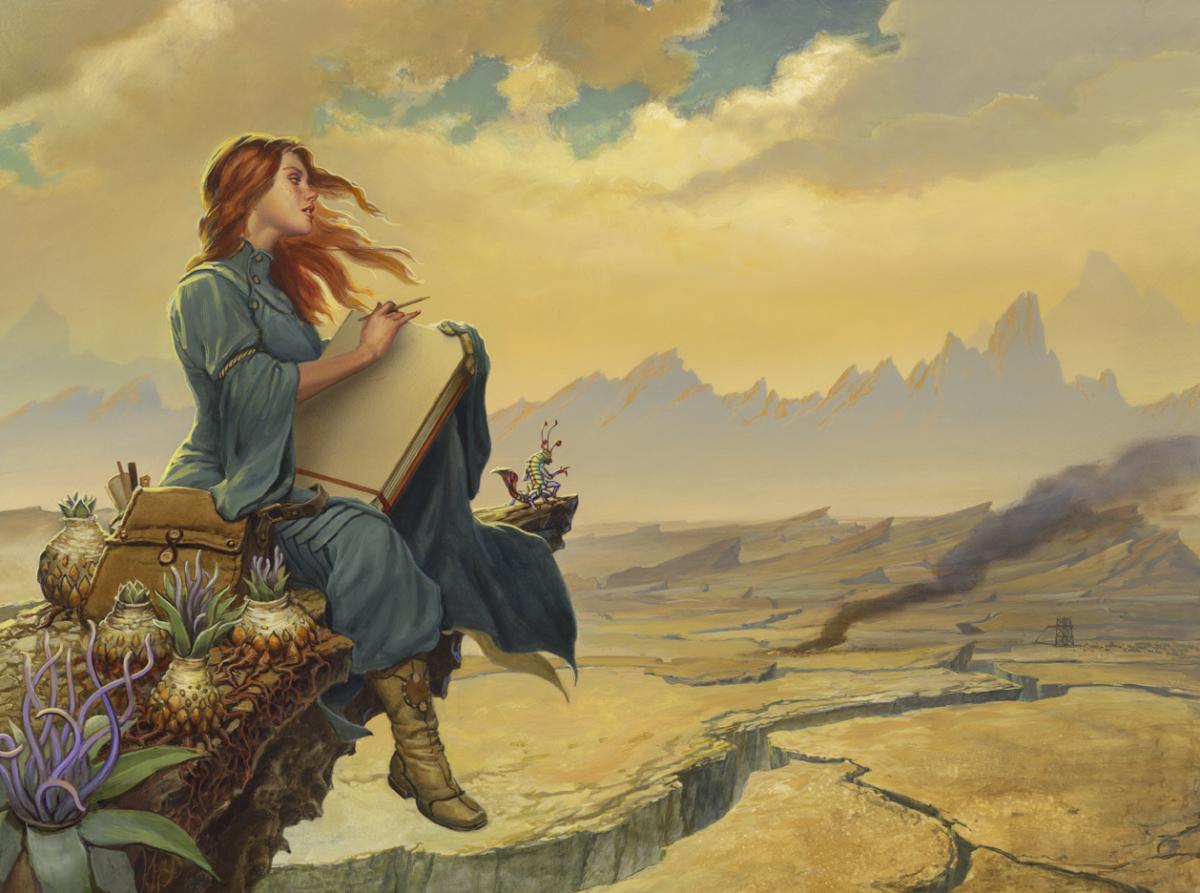 This week for Book Series Wednesday I’m talking about Words of Radiance, Book 2 of The Stormlight Archive, by Brandon Sanderson. Major Spoilers for Book 1, Way of Kings, below.

Plot Synopsis:  Years ago a hireling, Szeth Son Son Villano, of the Parshendi assassinated the Alethi king, Gavilar, resulting in the Vengeance Pact among the High Princes of Alethkar and the War of Reckoning against the Parshendi. Now Szeth is active again, using powers that were long thought lost, and is ordered to kill Highprince Dalinar, widely considered the power behind the Alethi throne.

Kaladin, once a slave and bridgeman on the Shattered Plains, is given command of the royal bodyguards, trying to protect the king and Dalinar from the perils of his peers. Meanwhile he struggles to master the powers of a Windrunner, that are somehow linked to his Honorspren, Syl.

Shallan, together with her mentor Jasnah, tries to prevent the return of the legendary Voidbringers and their civilization-ending Desolation. The secret to this task can be found at the Shattered Plains, but arriving there is more difficult than she could ever imagine.

Explanation of Brandon Sanderson’s work: First and foremost, if you’ve never heard of the Cosmere universe of works let me sum it up for you in a few sentences. Every single one of Brandon Sanderson’s Adult Fantasy novels is set in the same universe (not the same planet necessarily), and there are certain characters you will see in every book. There is an over arching story to the Cosmere, which we don’t know the specifics of except a few scant details, but if you pay attention to certain words that pop up in each series it’ll make sense. If you have read all his books and are still looking for the rest of the little information we do know go to the 17thshard.com and look up their Cosmere posts on the forums. It’s a mind-boggling read in and of itself, but there are plenty of spoilers for various books so only do that after you’ve read all his Adult Fiction stuff that’s been released.

Plot: If you thought there were cross over characters in Way of Kings, you need to pay real close attention to the characters in this book, as you’ll find familiar faces from the other Cosmere series. I was quite shocked by a few of them, as major characters other than a certain witty world hopper have never been confirmed to be traveling across the Cosmere. Cosmere world hoppers aside, the plot for this book is amazing, just like the rest of Brandon Sanderson’s works. If you haven’t gotten into his Cosmere series you really ought to, as all of it will become a mega series numbering in the upper 30’s of books. I particularly loved how Brandon fleshed out Shallan in this story, which is a given since she is the main point of view character this time, instead of Kaladin, because I found her a bit vexing in the first book at first. All of the revelations at the end left me floored and wanting more. I particularly loved how we learned more about Surgebinding and the various Knights Radiant orders.

Characters: Like I said above, Shallan is the main point of view this book, and it focuses on her growth from being a timid child and would-be thief to a powerful scholar and noblewoman who also kicks some butt. Kaladin still remains my favorite character, and I loved his struggles this book. Dalinar continues to be a stoic guy, and while I don’t mind him, he does grate on me sometimes. The interlude characters this book are even more amazing, Lift’s interlude in particular is very fun. She utters what might be my favorite quote from this book after the infamous “I am a Stick!” (It makes sense in the story, trust me.) with “She summoned her awesomeness.” (it also makes sense in the story.)

Overall: If you loved Way of Kings, or any of the rest of Sanderson’s Cosmere work give this a read after catching up through Way of Kings.

Not for those who don’t like: Any of the above, but if you can hate that you are no fun whatsoever.