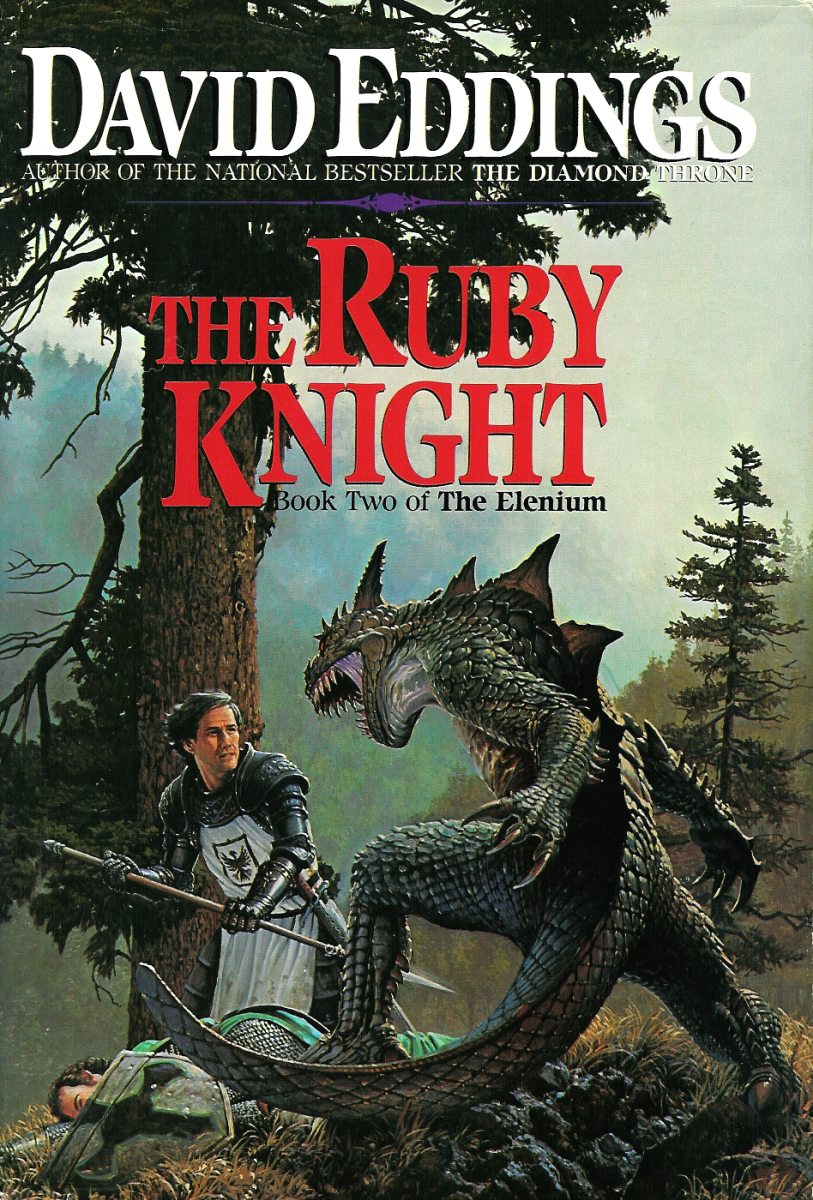 This week I’m covering the sequel to The Diamond Throne! It’s The Ruby Knight by David Eddings.

Plot Synopsis: Sir Sparhawk and his companions seek the Bhelliom, a powerful magical artifact in the form of a sapphire carved in the shape of a rose, the only object with enough power to cure the rare poison administered to Queen Ehlana. The Bhelliom was last known to have been mounted on the Crown of the Thalasian King Sarak.

Plot: The plot gets much better and I really do enjoy this series, it may have standard fantasy tropes, but damn does it pull them off well. Expect even more casual violence in this book than the last one.

Characters: Not much of the cast is changed, although we get to meet a few new people like Kring and his Peloi. My favorite three are still unchanged from Talen Kurik and Ulath though with Sparhawk close behind them.

Overall: This is a great sequel to The Diamond Throne and it sets up the cast for the climax in Book 03!