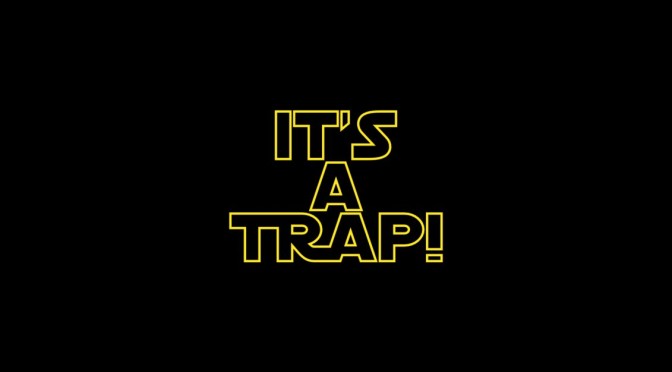 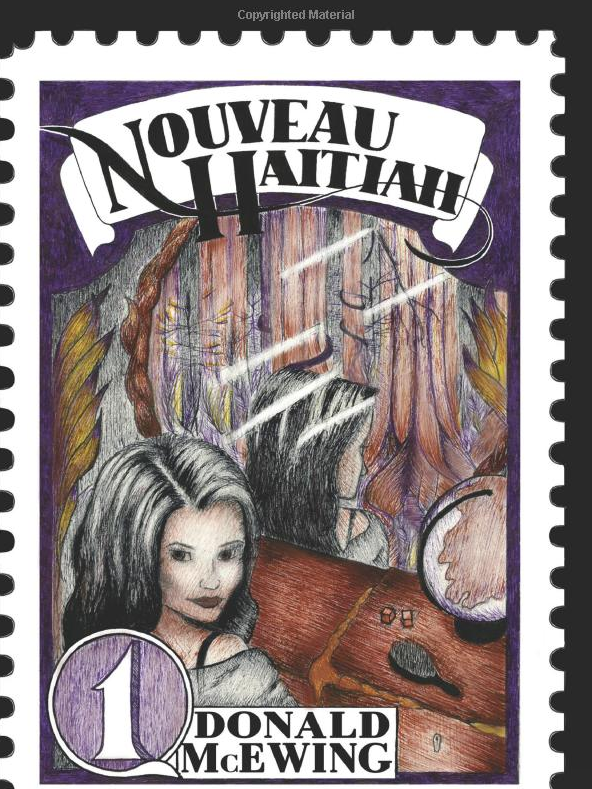 This week for Book Series Wednesday I’m covering a book from a local author that I really wanted to like, but just couldn’t lie to the poor guy. He did give me the book for free. It’s Nouveau Haitiah by Donald McEwing!

Plot Synopsis: The speculative fiction novel Nouveau Haitiah describes a primitive human culture on an alien world, with a cast of memorable characters including the strong heroine, The Official Hostess, Victoria; Leon, whose quest for salvation leads him to seek The Fountain of Youth; Professor Alihak, the Grand Maestro and author of a book about time and redemption; and Odette, a sociopath specializing in poisons, powders, and perfumes. Through unifying imagery, the novel’s heroes, heroines, and villains explore the universal themes of memory and revenge, our relationship with nature, and how the art of reading connects them all.

Plot: The above is taken directly from the back of the book, and what it describes is nothing at all what we get. Victoria has a handful of chapters in a book dominated by Leon, an amnesiatic guy who stumbles through life living lies to keep on living his life. That Professor Alihak? He’s never even a very big character, he just shows up to do a speech in a chapter and gets killed about 10 pages later, leaving us with nothing but a question as to why the hell he’s even mentioned on the back of the book. Odette is wonderfully action filled, in the 2.5 chapters that she has a PoV in before dying. In fact those two make less of a presence in this book than a character named Remy, who I can’t really tell if I enjoy because he manages to live through most of this otherwise endless series of dull character deaths. In fact I’d really like to have said if Mr. McEwing had decided to write a book based purely on the action packed Odette I’d say it would’ve been about 30 times better than what I read, but even that wouldn’t come close to lots of things I’ve read and still was disappointed in. We get a handful of mentions as to what this place Nouveau Haitiah is, some alien planet that humans from France and Haiti settled on for some reason, although I have no clue why as the place is a literal hell hole. Another thing that is mentioned above is the fact this is a primitive human culture, but I see nothing leading me to really believe that claim as characters pull out highly technological weapons constantly, have Universities and political factions, which is anything but primitive.

At this point if I was doing this with an editor I’d be told to hold back my punches, as this is a first time author, but I’ve done enough critiques to know that you really do need to know everything wrong before you can get better.  What I had hoped would be a great new book with similar quality to The Keeper’s Saga. Instead I ended up reading something that my professors at college would call word vomit, with a barely interesting plot, characters who I couldn’t cut butter with due to their dullness, and a world where I care nothing about the inhabitants and quietly hoped to read at the end they all died in a pointless war over some stupid argument over the price of said butter.  Is this harsh? Probably, but I promised to Mr. McEwing that I’d give him my honest opinion, and I hope he goes back and starts reading some good fiction, I’ll point him to the wonderful Cosmere series by Brandon Sanderson and The Dresden Files by Jim Butcher if he really wants to find some good inspiration.

Characters: I don’t like any of them, they are all incredibly dull, and not very well developed, and the endless streams of deaths makes me wonder if Mr. McEwing is trying to emulate George R.R. Martin and is doing a horrible job at. Like I mentioned above the most well developed character is Odette, and she’s barely developed at all over the course of the book, and when she’s dead thats it for the interesting 30 pages of an otherwise book of rubbish.

Overall: Please don’t read this, wait for the author to improve his writing for a few more years before reading any further work. As one character says Nouveau Haitiah is filled with parasites, and this book is the biggest one of all. It leechs away your time that would be better spent on trying to fly using nothing but your brain than it would be to be reading this book.

Not for those who don’t like: Wasting Time, Dull Characters, Terrible Plot, Horrific World Building.