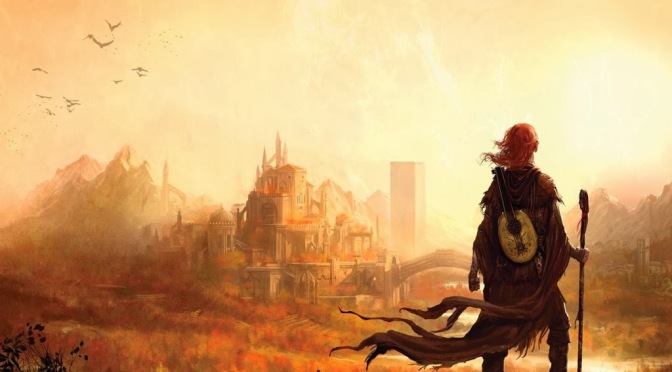 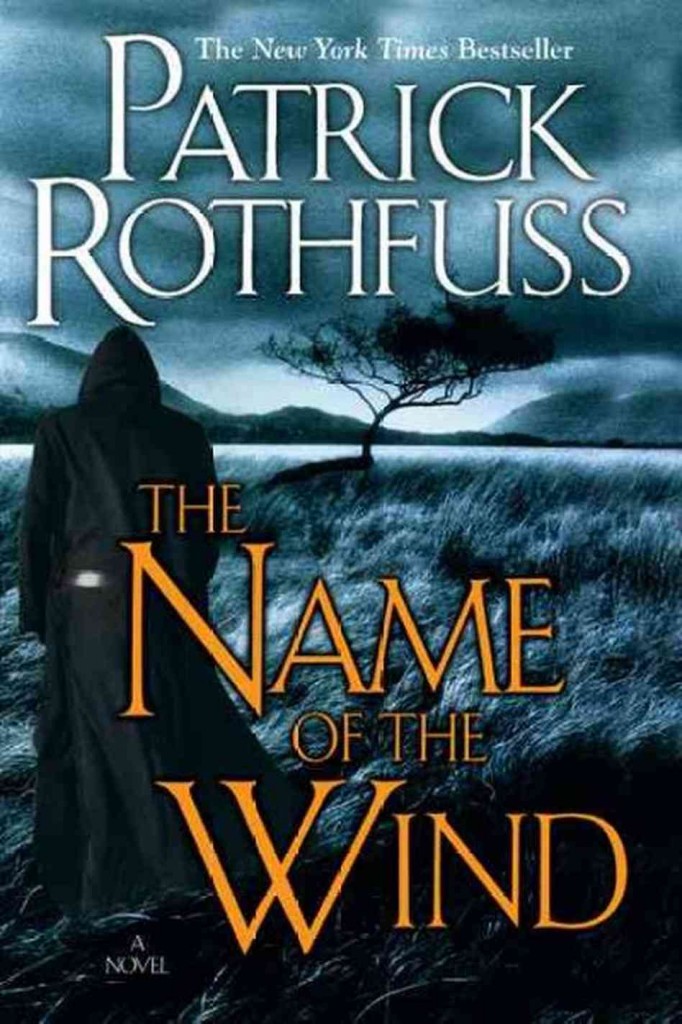 This week for Book Series Wednesday I’m covering a book I’m really surprised I haven’t covered already. It’s The Name of the Wind, Book 1 of The Kingkiller Chronicle, by Patrick Rothfuss!

Plot Synopsis: The book is divided into two timelines: the first in the present, described in third person; the second in protagonist Kvothe’s past, narrated by Kvothe himself to a renowned ‘Chronicler’.

Plot: While it’s very much a series aimed at adults, it does have some similarities with Harry Potter, and that’s not necessarily a bad thing. That said I think Rothfuss did a much better job at it then Rowling did with Harry Potter. The plot is gripping and pretty amazing. I won’t go into too much of it, because half of the mysteries surrounding the plot are what makes the wait for book 3 so hard for those of us who want it to be released already. Special note: Rothfuss has a way with prose that almost no one else does, if Brandon Sanderson is a master of magic systems, Rothfuss is the master of making each sentence flow in terms of form and structure perfectly. If you have the chance you really ought to listen to the series as an Audiobook, one because it’s done really well, and second because half of the things he does you’ll probably miss unless you majored in English. That said the book really begins to take off once you reach page 55, get to that point and you’ll be gripped for the rest of the series.

Characters: The cast of characters introduced in this first book is amazing and I really can’t stop saying that word when it comes to this series. It’s probably my third favorite series after the Cosmere series by Brandon Sanderson and The Dresden Files by Jim Butcher.

Overall: If you haven’t given this book a read you really need to.

For those who like: Masterful Prose, Excellent Characters, Fantastic Plot, Fantasy.

Not for those who don’t like: Any of the above, but how can you hate that.