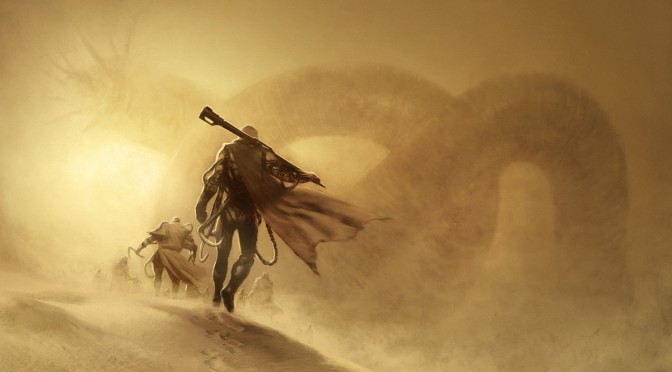 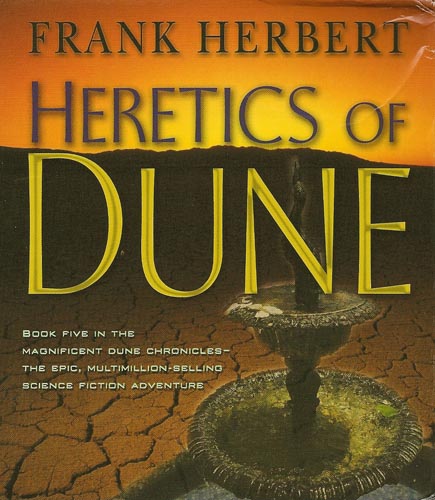 This week for Book Series Wednesday I’m back with another Dune book. It’s Heretics of Dune by Frank Herbert!

Plot Synopsis: Much has changed in the millennium and a half since the death of the God Emperor. Sandworms have reappeared on Arrakis (now called Rakis) and renewed the flow of the all-importantspice melange to the galaxy. With Leto’s death, a very complex economic system built on spice collapsed, resulting in trillions leaving known space in a great Scattering. A new civilization has risen, with three dominant powers: the Ixians, whose no-ships are capable of piloting between the stars and are invisible to outside detection; the Bene Tleilax, who have learned to manufacture spice in their axlotl tanks and have created a new breed of Face Dancers; and the Bene Gesserit, a matriarchal order of subtle political manipulators who possesssuperhuman abilities. However, people from the Scattering are returning with their own peculiar powers.

Plot: The plot is centered around another Ghola of Duncan Idaho and a girl named Sheeana. There are many plot threads introduced in this book that are very important for the rest of the series, and I enjoyed this entry in the series quite a bit. It’s probably my favorite, because there are so many new factions introduced.

Characters: The new characters introduced in this book are all very interesting, but my favorite is Miles Teg, a hardened battle commander who pretty much kicks ass through sheer force of will and gumption. He’s sort of like the Chuck Norris of the Duneverse.

Overall: This is my favorite in the series, mainly because of Miles Teg. Well worth reading the previous books to get to this one.

For those who like: Dune, Fantastic set of Characters, Great Plot, Sci-Fi.