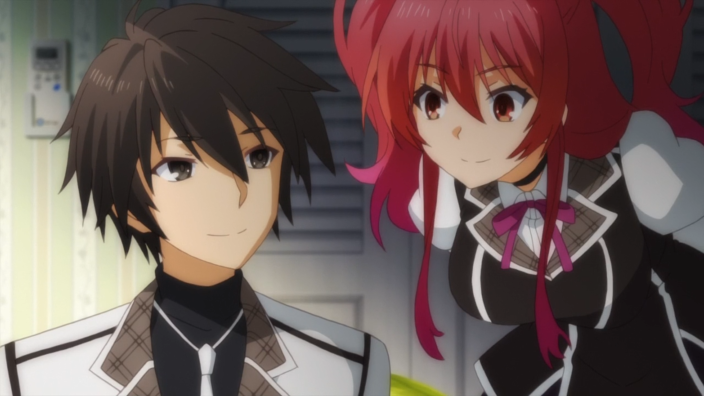 This week for Anime Sunday I’m covering my thoughts on my favorite romance series from 2015. It’s my Rakudai Final Impressions!

Plot: The plot wasn’t super action oriented, which was nice. The action was a device to move the real focus, the romance, along. It also covered pretty much every relationships issues without dipping too often into the romance comedy genre. It was a great romantic story and I enjoyed the hell out of it.

Characters: The stars, Ikki and Stella, form a romantic relationship pretty quickly and while that might seem fast to the viewer keep in mind that quite a bit of time passes in between the first two and third episodes. I enjoyed that it wasn’t Ikki who was the aggressive one in the relationship as well, Stella was the one who wanted to be more physical between the two of them and her struggle with wanting a much more intimate relationship and trying to stay in what society views as appropriate was enjoyable. The last romantic scene between Ikki and Stella in the series, where Ikki proposes to her in front of pretty much the entire world (keep in mind that those last tournament matches were televised) was awesome and ended the series on a note that very few romance series ever do, with a solid and firm conclusion. Stella and Ikki are together and no matter what the world, plot, or other characters bring between them, their relationship still stands up again and again. I can’t emphasize how often series that are similar to Rakudai like Gakusen or a hundred others, go the romance comedy route and it just ticks me and many others off. A lot of us romantics like to see a real romance, and not see rubbish dawdle along when the obvious answer is there from the beginning. Rakudai Kishi no Chivarly provided a real romance along with enjoyable action, awesome animation and musical score to back it up.

Animation and Musical Score: I thought it fit the series very well, and while there were a few times that the soundtrack bugged me, it was often when the series was toeing the line between straight romance and romantic comedy, and those were my least favorite scenes anyways.

Overall: If you want a real romance with a real conclusion than you don’t need to look further than Rakudai Kishi no Chivalry to provide that and some great action as well.