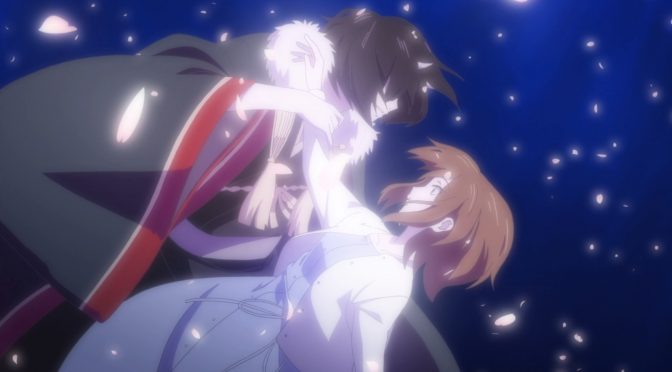 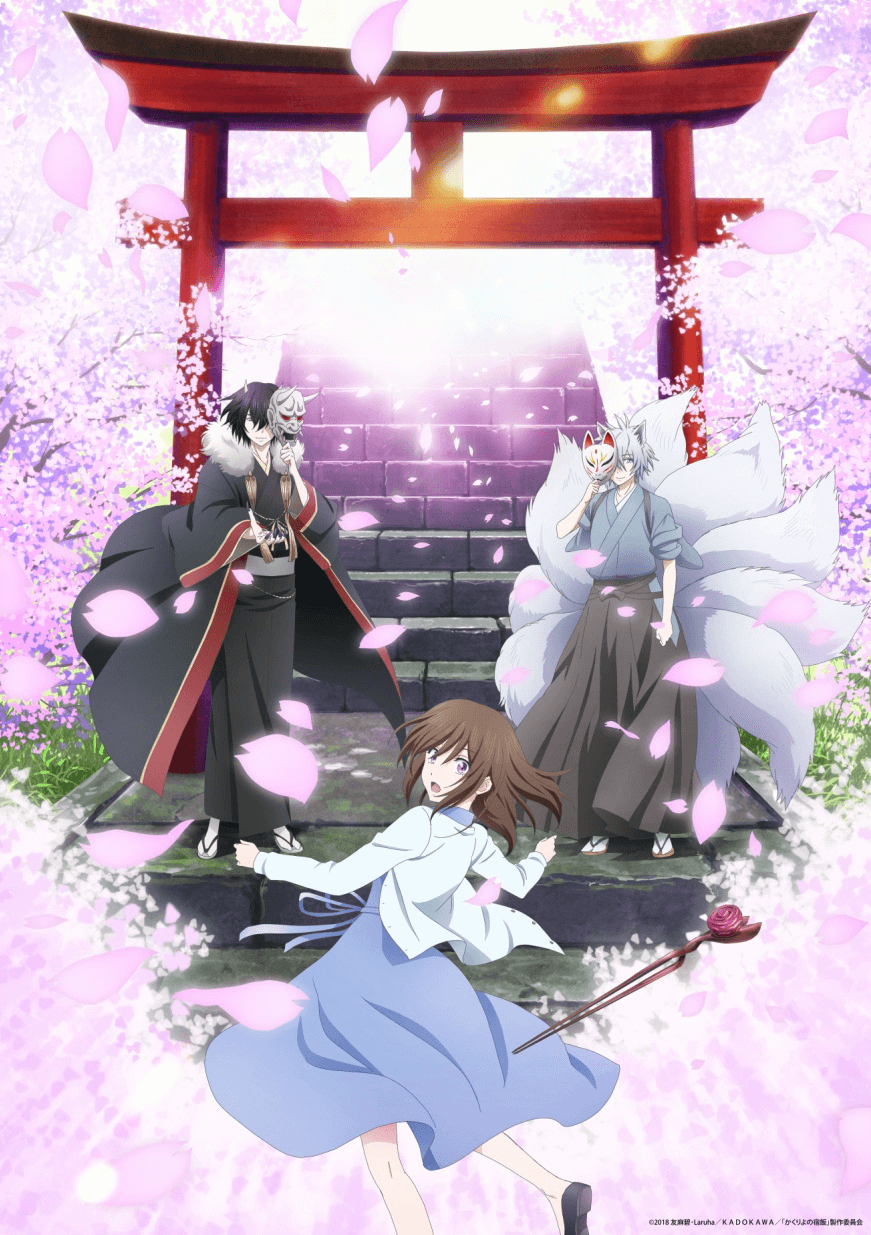 This week for Anime Sunday I’m back with yet another Spring 2018 series. It’s my Kakuriyo no Yadomeshi Episode 01 Impressions!

Plot Synopsis: Tsubaki Aoi is a college student who has the ability to see Ayakashi, a trait she inherited from her deceased grandfather. One day, when Aoi walks past a torii shrine, she sees an Ayakashi sitting there who announces that it is hungry. She gives it her lunch and then heads to class. On her way back she finds her bento box on the steps of the shrine and goes to pick it up….

Plot: The plot isn’t spectacular, but it’s not terrible either. I really rather enjoyed it, as Aoi is a girl who absolutely doesn’t give up and doesn’t like to take crap from anyone. That being said there is some things that look really obvious to me, but whether or not they actually are what I think they are remains to be seen in future episodes.

Characters: Aoi is our main character and she’s pretty awesome. She’s by no means a bad ass girl, but she has backbone and is quite enjoyable to watch. The rest of the cast is just as interesting, although my favorite side character might just be Ginji.

Art: This is the one downside to this series, and honestly is a pretty big one. The animation is sub par, it’s not as bad as Studio Deen, but it’s pretty damn terrible nonetheless. There were plenty of times when I paused the screen and saw just horrible animation.

Music: The music is fitting, but nothing spectacular either.

Overall: I’d say it would be a must watch if not for the horrendous animation quality. If you can get over that, than this might just be the show for you. If not, you probably ought to move on.

For those who like:  Urban Fantasy, Drama, Romance, Slice of Life, Supernatural, Good Plot, Awesome Cast of Characters.