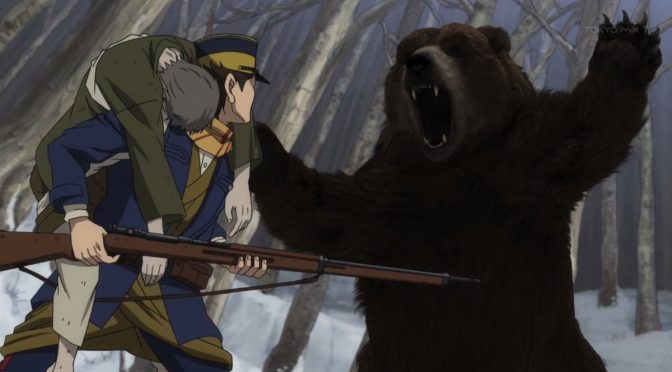 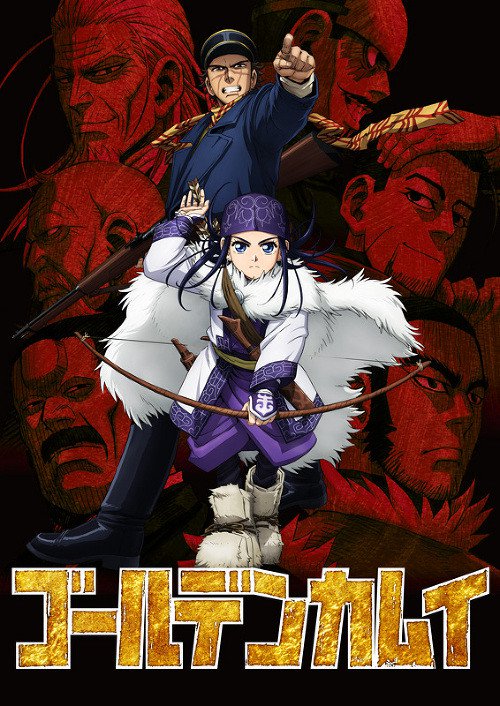 This week for Anime Sunday I’m back with another series from the latest season. It’s my Golden Kamuy Episode 01 Impressions!

Plot Synopsis: Russo-Japanese War veteran Sugimoto “Immortal” Saichi, pans for gold in Hokkaido to provide for his dead comrade Toraji’s widow. He learns that a man called Nopperabo has stolen a gold reserve from the Ainu people and killed those transporting it…

Plot: The plot is pretty good, but this follows the first chapter really closely so I wasn’t surprised much. That said it wasn’t a bad first episode, but it didn’t absolutely grab my attention like other series have before.

Characters: Saichi is a pretty interesting main character, he’s devoted to helping his dead friend’s wife, although the means he goes about doing so is somewhat questionable. Especially since I can’t imagine anything more hellish and depressing than panning for gold in the middle of winter. Asirpa our female lead is also very interesting, and the fact that she’s a capable young woman is just icing on the cake.

Art: Here’s where the major issue I had with this series is. The art is generally pretty good, but the very obvious use of 3D CG for the bear in this first episode is really distracting and absolutely destroys the immersion that I had up till that point. It’s a bummer, because if not for this major issue I might have chosen to watch the series as an Anime instead of waiting for the Manga to finish up before reading it.

Music: The music is alright, but not super special either.

Overall: An okay series, but there are some artistic issues that really ruin the experience of watching this first episode.

Not for those who don’t like: Any of the above, or bad 3D CG.