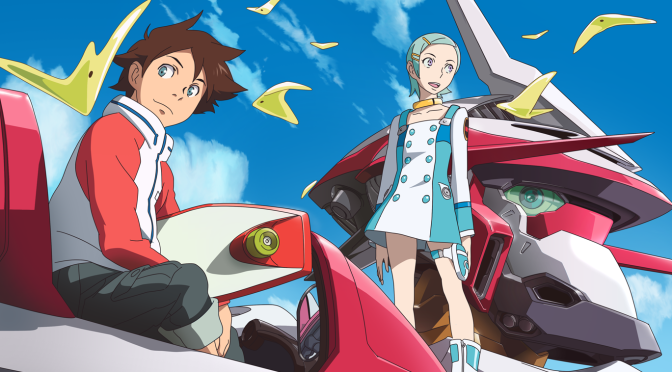 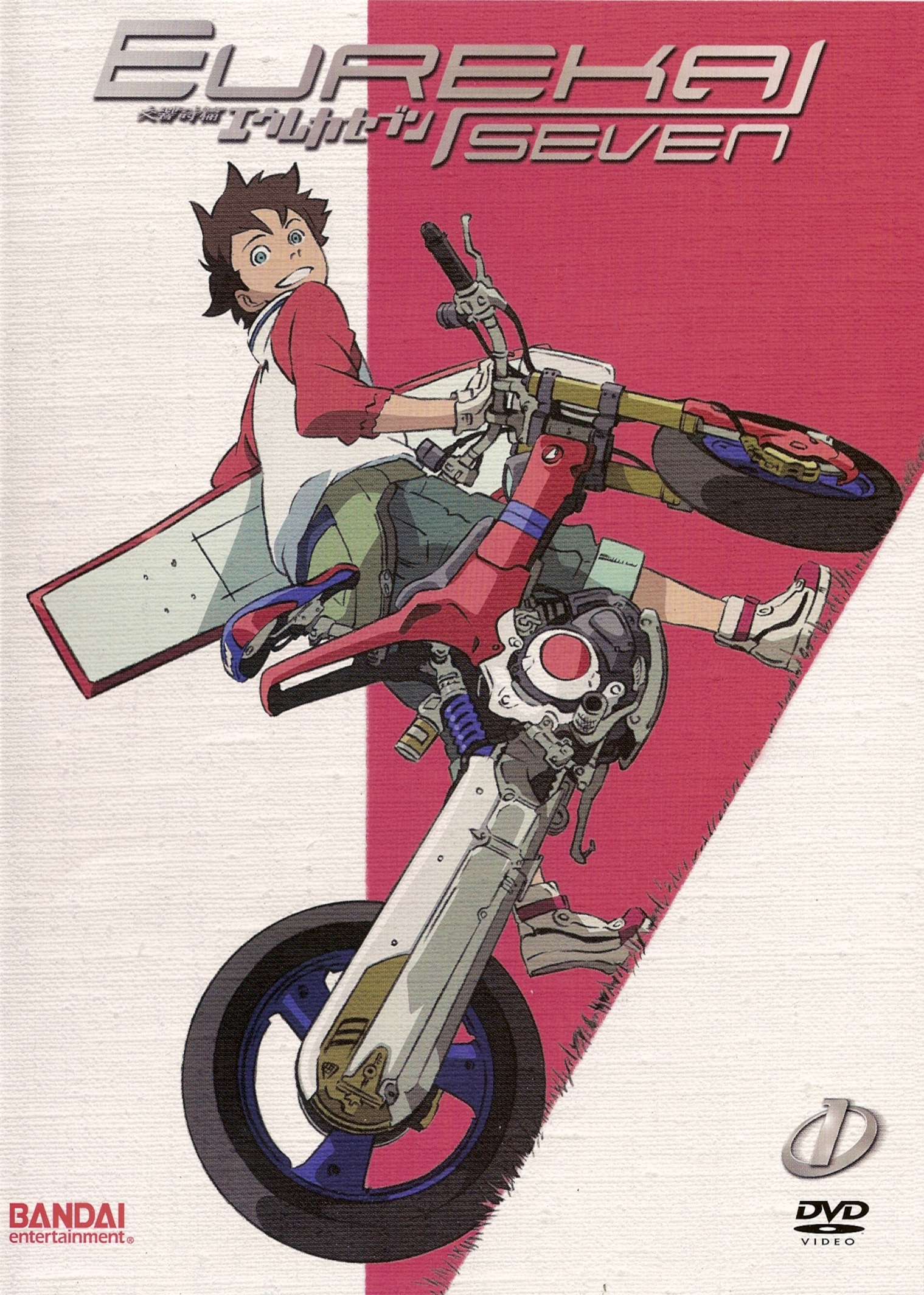 This week for Anime Sunday I’m covering another Studio Bones series. If that sounds familiar it’s because they just finished the excellent series Captain Earth! I’m talking of course about Eureka Seven!

Plot Synopsis: The series focuses on Renton Thurston, the fourteen-year-old son of Adrock Thurston, a military researcher who died saving the world. He lives what he considers a boring life with his grandfather in a boring town. He loves lifting, a sport similar to surfing but with trapar, a substance abundant throughout the air, as the medium. He dreams of joining the renegade group Gekkostate, led by his idol Holland, a legendary lifter.

Plot: The plot is fairly standard through about the first episode or two. Afterwards it becomes about much more, while I can’t say much without spoiling the series I really enjoyed the plot. Definitely worth a look at if you enjoy Mecha series that focus on character relationships.

Characters: Renton is a stupid and arrogant kid, in fact I hate him most of the series because he’s such an ass. He goes through some real character development and it’s surprising how much the character changes. That and his romance with the titular Eureka is the driving force of the series, besides the giant robots. The rest of the cast grows as well, and it’s a satisfying ending once you finish watching all 50 episodes.

Art: The art for this series is great, another quality Studio Bones series. Absolutely loved it.

Music: The music is great and catchy, and evokes the right emotions at the correct times to tug at your heartstrings. They will be tugged often and hard. Also one of my favorite opening themes of all time is from this series, Sakura by Nirgilis.

Overall: If you enjoy Mecha series with a decent plot driven by character development you’ll love this series!

For those who like: Mecha, Drama, Romance, Great art, Excellent musical scores, Sci-Fi.